Austin Outlander Fans See Another Side of Sam Heughan

What do two Austin women have in common with British film director Suki Singh, Scottish actor Sam Heughan, Outlander fans, and an online platform called Tugg? That would be tonight's one-time-only screening of Singh's 2014 Emulsion, which stars starring Heughan. 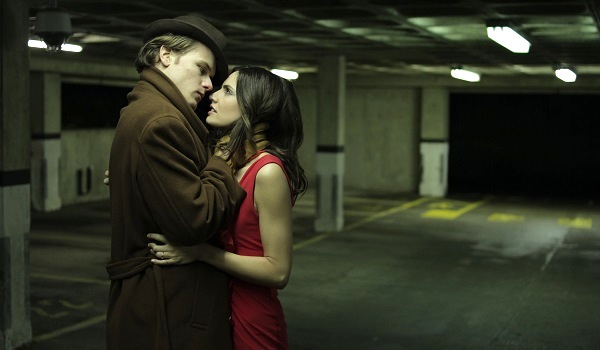 “I've been a fan of Diana Gabaldon's Outlander novels since the books started 20 years ago, and I wrote regular recaps of the Starz television series when it debuted in August,” explains Melissa Balsam, whose Wordpress blog promises "All Outlander All the Time." The overwhelming response to her posts alerted Balsam to the wild fangirl devotion to Outlander series star, Scottish actor Sam Heughan. (The group has christened themselves Heughan's Heughligans with an active online presence.)

Scanning Heughan's filmography, Balsam noticed he had starred in the independent film Emulsion, released before the cable series debuted this summer and the relatively unknown Scot became a household name among the Outlander fanbase. Through her friendship with Connie Sandlin, Balsam got to know Emulsion director Suki Singh via Facebook and discovered Sandlin had already contacted Tugg about the possibility of bringing a screening of Emulsion to Austin. They've arranged tonight's screening at the Alamo Drafthouse Lakeline to benefit Heughan's favorite charity, Leukaemia and Lymphoma Research (LLR) UK (@beatbloodcancer). The Austin screening is part of an ongoing Emulsion tour around the U.S., largely fueled by social media and Heughan's high-profile job on the Outlander series, which resumes on Starz in April 2015.

According to Balsam, tonight's event includes not only the screening and an afterparty at the Glass Half Full Tap Room, but also a raffle where guests can win some surprise items as well as Outlander swag such as a kilt pin and a Sassenach T-shirt provided by Starz. Raffle tickets are $3-$5 and the drawing will happen during the party. In addition, Singh has donated the trench coat and fedora that were Heughan's Emulsion costume and the bidding for those items will start on eBay at 6am EST on Tuesday, Nov. 18. 100% of the proceeds from the raffle and the online sale will be donated to LLR-UK. There are still seats available for tonight's 7:30pm screening at the Drafthouse Lakeline. Wear your McKenzie tartan. 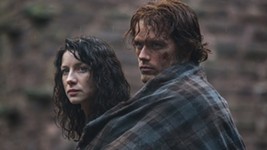 Outlander Is the Rare Adaptation That Gets It Right
Cable show stays true to the beloved, genre-defying book series