One in a Crowd: Crazy Carl and His Man-Boobs

Giving a film away costs money 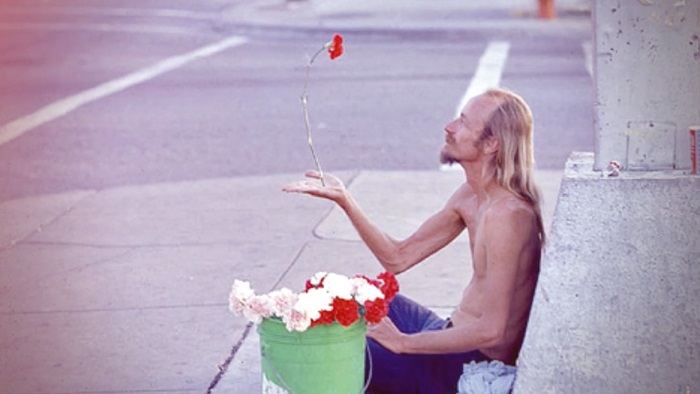 Filmmaking ain't cheap, but neither is finding an audience. But what about if a movie were free? Would you watch it then? How's about paying to make it free?

Austin-set documentary Crazy Carl and His Man-Boobs is a chronicle of a local legend, Crazy Carl Hickerson: street performer, Esther's Follies regular, archivist of weird words, multi-time Best of Austin winner, and former perennial council and gubernatorial candidate. Even if you never leave your car, you'll probably recognize his distinctive truck (it's the one with the enormous hand sculpture painted red, white, and blue on it roof). The one-hour film chronicling his impact as one of the true Austin oddities received its world premiere at Esther's back in April, and returned to the 512 during the Austin Film Festival.

Local documentary house Beef & Pie Productions (Richard Garriott: Man on a Mission) want to put the entire movie online for free, but that comes at a price. It's not the movie itself, but the soundtrack. To evoke the spirit of the Seventies, they used tracks by Janis Joplin ("Get it While You Can"), Doug Sahm ("Groover's Paradise") and 13th Floor Elevators ("Reverberation"), plus material by the Uranium Savages, Shiva's Headband, and a new track by Doug's son Shawn.

Now that's where the money comes in. And don't worry, as the producers say, "We promise not a cent will go to our expensive coffee and craft-beer habits." The three big-name tracks are vital for establishing the mood of Austin at the time, but that means the producers need $14,00 to cover the rights to include them in the streaming version.

Want to make this movie available to everyone? Then kick in some dollars (or a lot of them) via the movie's Kickstarter campaign page, and find out more about the producers at www.beefandpie.com.

More Crazy Carl and His Man-Boobs 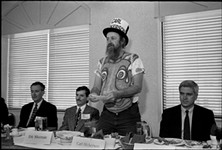