Film about a troubled artist was partially shot in Austin

The film Billy Bates, 75 percent of which is reported to have been shot in Austin at 10 downtown locations during SXSW, is on a national tour that stops in Austin on Wednesday, Nov. 12, before debuting on VOD on Nov. 18. 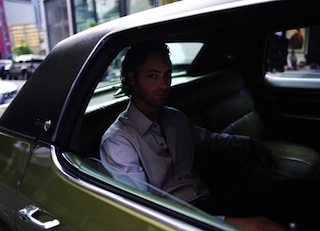 Blending psychological drama and documentary-style filmmaking, the film creates a portrait of contemporary artist Billy Bates, who is played by James Wirt. Savannah Welch (Boyhood, Tree of Life, and part of the popular Southern band the Trishas) co-stars. The 33-year-old artist Bates teeters “between brilliance and madness,” and seeks to overcome his inner demons. Here’s a description from the film’s website: “Through fragmented memories of underground parties,  inside the insane asylum, and his rise to become a famous contemporary artist, Billy takes us on a love story quest and journey to transcendence, all with the looming question: How important is it to know what is 'real'?”

Billy Bates is co-produced by Julie Pacino, Robert MacCready, and writer/director Jennifer DeLia, whose next film project is a biopic of Mary Pickford starring Lily Rabe and Julia Stiles. Pacino and DeLia will be present at the screening for a Q&A that will include some of the cast. An afterparty at C-Boy’s will feature a performance by the Trishas, playing some of the songs from the soundtrack. Follow this link to the tour’s website to RSVP to the free event.