DVDanger: Every Day Is Halloween

See No Evil 2, The Houses October Built, and LFO 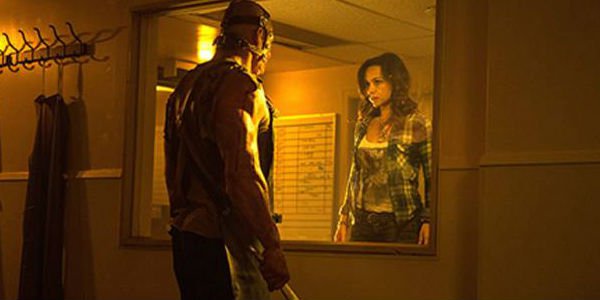 Oh, Halloween. All that effort putting up decorations, handing out chocolate to trick-or-treaters, finessing horror must-watch lists. And then it's all gone, like candy wrappers blown away in the fall wind.

Ah, but there are always more horror films to watch. The Soska Twins have been slowly building a reputation as envelope-pushers within smart indie horror, and See No Evil 2 is their attempt to help launch a full-blown slasher franchise. WWE Films created See No Evil in 2006 as a starring vehicle for wrestler Kane, aka Glenn Jacobs. He's kind of a natural for this, a bald, seven-foot, 300-pound monster of a man. Just drench him in blood, give him a hook and chain, and let him go.

Eight years ago, the first film left him very much dead, with a big hole in his head. See No Evil 2 opens moments after the first film, with Jacob Goodnight (Jacobs) flatlined in the back of an ambulance.

A clear homage to Halloween 2, this is really a nod to Maniac Cop 2, in which the monstrous madman suddenly becomes a zombie killer because, well, otherwise you don't have a franchise. His gurney ends up in the local morgue, where Amy (Danielle Harris) is working an extra night shift on her birthday. Terrible plan, because a) her friends turn up with booze, and b) undead mass murderer/man mountain with sudden access to lots of cutting and cleaving instruments.

The Soskas want to have their cake and eat it too: to make a straight-forward slasher flick, and to play with the genre too. You can't make a movie like this and have Harris (Halloween 4, Halloween II, Hatchet II and III) and Katherine Isabelle (Ginger Snaps and the Soskas' own American Mary) without getting knowing nods from the horror crowd. There's a meta subtext to just having them there, ramped up by Isabelle vamping around drunkenly in high heels and adding a sleazy Scooby Doo energy.

This may help launch a franchise, but it may take a couple more goes before See No Evil reaches the upper echelons of nightmare fodder. Goodnight needs some more memorable kills before he becomes a top-tier slasher: And while the Soskas tweak the equation beautifully (including a complete double-subversion of the final-girl trope), it's not absolutely revolutionary. But, as with American Mary, there's a surprisingly eloquent sense of sadness, even melancholy, amid the gore.

The science of sound becomes the art of manipulation in LFO

A far more cerebral form of terror comes from LFO, a dark Swedish comedy that gently guides the audience into a surprisingly bleak and unnerving denouement.

Robert (Patrik Karlson) is a tinkerer in sound (the low-frequency oscillations, or LFOs, of the title). He's an amateur with serious aspirations, because he believes he will find a mysterious tone that will hypnotize people, making them completely pliant. His wife Clara (Ahna Rasch) thinks he's a simpering idiot, and constantly questions what he's doing and what he thinks he will achieve. She grows even more critical when he actually finds the magic frequency, and starts using it to manipulate, abus,e and control his perfectly innocent neighbors (Johanna Tschig and Per Löfberg).

There are hints that something isn't right, like the fact that Clara isn't affected by the sound. But more worrying is how far Robert is prepared to go. He's convinced that he will win a Nobel Prize, but rather than sharing his data, he mind-controls the wife next door into sleeping with him, and the husband into cleaning his windows.

Director Antonio Tublén's theorem seems to be less that absolute power corrupts absolutely, but that people are already corrupt, and basically can't be trusted with nice things. Karlson portrays Robert as a thoughtless little creep, incapable of not playing with his Tinker Toys. He's down the rabbit hole well before the cameras start rolling, and Tublén has the stomach to take him to some gore-free, but utterly disturbing, places. While less overtly horrifying than the antics of Jacob Goodnight, this sits cleanly alongside other meditations on free will like Borgman and Frequecies. 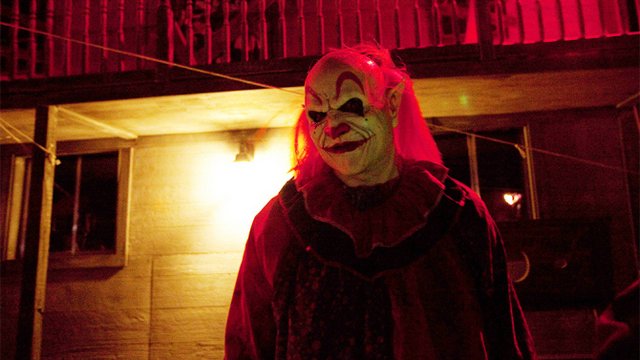 Far removed from the science fiction-tinged LFO is the urban legend underlying The Houses October Built. This Texas-set scary movie adopts the mockumentary/found-footage approach to the seasonal scare, with five friends taking a road trip to find the most extreme haunted house in the states. They find it in the Blue Skeleton, a mythical haunt of sinister power.

The Houses October Built makes use of real haunted houses and walk-throughs with handheld cameras. That's a really rare experience, as most houses are extremely protective of their intellectual property and trade secrets. Those vérité segments may make you reach for the superior house-haunt doc The American Scream instead, but you may want to resist that temptation for a while.

This one addresses the urban myths about houses that have hired real killers or sex offenders, used real body parts, or caused a kid to really hang himself (or herself, depending who you ask) and everyone thought the swinging corpse was another part of the set dressing. It's a good idea, but it gets frustrating because there are little moments of research that could have made this so much better. "Why don't any of these houses make commercials," asks one of the crew, which, if they're supposed to be haunted-house aficionados, they'd know TV and web are commercials common. Silly slip-ups like that imply the actors don't quite know the material, and that means they don't quite know who the characters are.

It doesn't help that these documentarians are exactly the kind of pricks that you want to see get mutilated in a haunt that goes too far. You're practically begging for them to find the mythical Blue Skeleton. Instead, for most of the first hour this is little more than a lo-fi version of an America's Most Haunted special, hosted by the annoyingly shrill presenters of That's Effin' Science.

It starts after their first haunted house, where they manage to piss off one of the haunters so badly that they're chased off the property. At this point, they're so annoying that you really hope that one of those chainsaws (a common tool to scare people out of haunts when their time is up) is real.

An hour in, there's finally a pay-off, as the Blue Skeleton crew finds them. There have been hints that something is awry, like the same creepy kid turning up all across Texas, and some very unprofessional haunters who don't believe in a no-contact rule. That said, it's a little annoying that some of the best scares (and they are pretty damn good) are given away in the trailer.

See No Evil 2 (Lionsgate/WWE) and LFO (Dark Sky Films) are available on DVD and Blu-ray now. The Houses October Built is on VOD now.