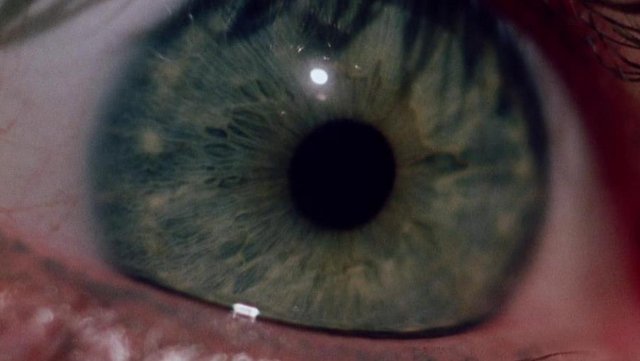 Once you see it, you can't unsee it. The Texas Chain Saw Massacre has never looked as horrifying as this new 4K digital restoration

There's a moment in The Texas Chain Saw Massacre that marks the end of an era. "I'm about ready to call a cop," gasps Kirk (William Vail) after he helps kick the maniac hitchhiker (Ed Neal) out the van.

"That's the last goddamn hitchhiker I ever pick up," replies Jerry (Allan Danziger) as they speed away down a rural Texas road.

Dismantle that for a moment. This is a pair of Austin hippies in 1973. In those two sentences, they throw in the towel on the dream. There had been counterculture movies by the bong-load before, but Chain Saw was different. Most others either played silly games with the peace-and-love generation, or made them into ridiculous caricatures (try sitting through rabid biker silliness I Eat Your Flesh some time, for a clear view of how the hippie idyll was exploited for the drive-in circuit). Writer/associate producer Kim Henkel and director/writer/producer Tobe Hooper understood the scene. That's why the doomed college kids are rounded characters, and that's why there's such despair when they die. Similarly, Henkel knew small-town Texas, and so he makes the killers rounded. Even Leatherface (Gunnar Hansen) could have just been a hulking force. Instead, he is a tragic child trapped in a behemoth's frame.

There's a dark inevitability to this clash, and to this day, it is still ripped off, cannibalized (pardon the pun), and referenced by every filmmaker who knows what he or she is doing.

Four decades later, it's still a seminal moment in horror fiction, which is why Dark Sky has created a 4K restoration and Blu-ray release. Let's cut to the chase. If you like horror films, you should already own a copy of this film. It's too important, too historical, and still too damn scary not to own. So if you don't, then do. Simple as that.

But, if you already own a copy, why slap down the money for another edition? Because this may be one of the most astounding restorations ever done, especially for a horror film. Dark Sky's 4K transfer may seem excessive: After all, most people have only ever seen the ’Saw as a rough TV broadcast, or a beaten-up 35mm print, ruby red and decaying on the sprocket. Myself, the first time I saw the film was a copy of a copy of a copy bootleg VHS imported from Belgium to the UK when the film was still barred from distribution.

But this release takes every grain on the original 16mm print and polishes it to eerie, greasy perfection. It finally does true service to the eye of cinematographer Daniel Pearl, who never received the credit he deserves as a visualist. It's his eye that developed the "nightmare syntax" that Henkel describes the production as seeking. Then there's Bob Burns' set-dressing. His charnel-house constructs were hidden in shadow, and now it's clear exactly how masterful his work is.

There's some double-dipping on extras, including the 71-minute The Shocking Truth and the Flesh Wounds: Seven Stories of the Saw shorts included on earlier DVDs. However, the addition of new commentaries, and every remaining shred of outtakes, boosts this back into the must-buy-again column. If you're really feeling like spoiling yourself, there's the five-disc Black Maria box set, meticulously modeled on the semi truck from the closing sequence. Yes, the blood-splattered butcher's apron is a nice bonus, but it's the fifth disc, the glorious fireside chat between Hooper and his old pal William Friedkin at LA's Cinefamily earlier this year, that makes this the best investment in a single movie this year. 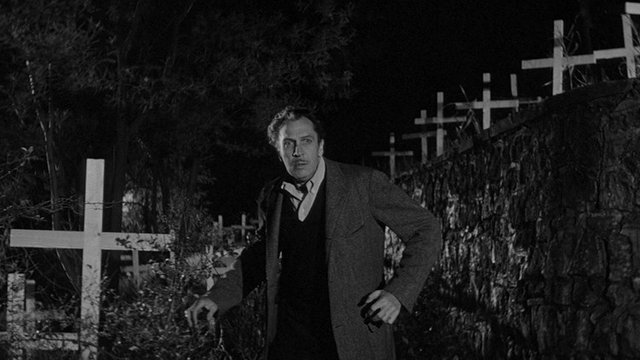 Chain Saw was the rebirth of horror grown chintzy, campy, and overblown. It was a reaction to the place in which actors like Vincent Price had found themselves: trapped in antiquated gothic tones. But time has ticked on, and there is still joy to be found in such works, as proven by the second volume in Scream! Factory's The Vincent Price Collection series.

As with last year's six-film set, the extras-laden release concentrates on Price's run at American International Pictures with Roger Corman. Sadly, still no more of his late-era British films, like Theatre of Blood: And it seems we'll have to wait for Vol. III at least before Dr. Goldfoot's antics.

But this second collection is an admirable sequel to the first, even if it starts with two of his weakest collaborations with Corman. The Raven (1963) is the first of their *a-hem* adaptations of Edgar Allen Poe. Barring the name, there's no kinship to the gothic poem. Instead, it's an awkward and dated horror comedy, made memorable only by the casting of Price, Boris Karloff, and Peter Lorre as three bumbling sorcerers (plus a brief appearance as the awkward romantic lead by some day player named Jack Nicholson).

The real problem here is Corman. Three years earlier, he had embraced psychedelic madness in The House of Usher (included in the first set), but this a silly farce. That said, it's not without charm, with a smile-inducing wizard's battle fit for a PG Bedknobs and Broomsticks.

It's a little astounding that it was scripted by horror master Richard Matheson. Then again, he wrote the same year's equally ridiculous Comedy of Terrors – which used the same team, added Price's old pal Basil Rathbone, and swapped Corman for Jacques Tourneur (making his penultimate feature). The creator of Cat People had developed an adept hand with humor directing TV fare like The Barbara Stanwyck Show. So the comedy is broad but nimble, and Tourneur quite happily plays with sight gags and prop comedy, especially with the leering, gurning Price as a drunkard mortician who kills to drum up a little business. Price slips easily back into the morbid double act he hinted at with Lorre under The Raven's wings, and the pair add delicious slapstick as they attempt to stuff Rathbone (the world's most unwilling corpse) into a coffin.

The following year, Price and Matheson fled AIP studios for Rome and the first adaptation of the author's postmodern vampire tale I Am Legend. As The Last Man on Earth, Price subs the scenery-chewing magnificence of his Corman creations for a role calmer, darker, and more melancholic: Dr. Robert Morgan, the sole survivor of a pandemic that killed most living beings, and left the remnants as shambling vampires.

The Last Man on Earth is almost a period piece, stylistically more of the late Fifties than the early days of the counterculture. Yet George Romero was inspired by Matheson's depiction of the roving undead four years later for Night of the Living Dead, and its tone of nihilistic despair, created and carried by Price. This is one of his finest roles, a reminder of why so many great directors, from Ernst Lubitsch to Orson Welles, wanted to work with him. Yes, he could be funny, and the other titles in this set (The Tomb of Ligeia, Dr Phibes Rises Again, The Return of the Fly, and The House on Haunted Hill) show how many flavors of fantastical horror he could turn to his will. But as Morgan, Price shows a different side, a subtler side, a man staring cosmic horror in the face and slumping toward oblivion. There's no Will Smith or Charlton Heston action, just a man methodical enough to stay one step ahead of extinction. 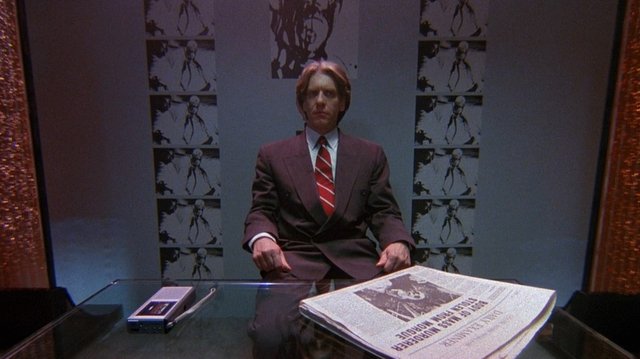 "Wait, I'm the monster?" David Cronenberg embodies the evil within for Nightbreed.

Matheson's story plays with the lines between monsters and humanity. By 1990, Clive Barker's ill-fated adaptation of his own novel, Cabal, simply flipped the coin. In Nightbreed, the monsters are the heroes. Well, of sorts. They are still monsters: deformed, cannibalistic, driven underground by the normals above. Boone (Craig Sheffer) dreams of their subterranean city of Midian, while his girlfriend Lori (Anne Bobby) is just glad that he's seemingly finding a sense of balance in life. That's when his shrink (a rare acting appearance by David Cronenberg) convinces him he is a mass murderer, so Boone flees to the waiting arms, fangs, and tentacles of the denizens of Midian.

Let's clarify. This new three-disc edition includes the original 102-minute theatrical cut, but it's really an extra. This is also not the rambling, monstrous, two-and-a-half-hour Cabal cut, scraped together from off cuts, work prints, and VHS material in Barker's garage. Instead, this is a new director's cut, running 18 minutes longer than the 1990 version, and containing 40 minutes of new or replaced footage. It's still not the greatest film of the era. Barker remains a better novelist than filmmaker, and Cronenberg a better director than actor. As for Sheffer, he's the last gasp of an Eighties take on a Fifties rugged hero, oddly antiquated.

The tales of mutilated cuts are part of gore lore. The studio and Barker clearly envisioned sequels, so it makes sense that executives would get skittish about a baroque concept. Then again, if you're so unsure, don't greenlight it and give it a budget six times anything the director has known before, then slash half of that away during production, and take final cut away from him.

In one of the many, many extras, editor Mark Goldblatt basically concedes he was the wrong man for the job, charged with turning dark fantasy's Lawrence of Arabia into The Guns of Navarone. He crafted efficient shockers like The Terminator and Halloween II, and this is not that kind of film. This is an adult Labyrinth, and Barker's new vision restores the emotional core of Boone and Lori. He makes the world of Midian deeper, putting hundreds of background monsters back in and restoring the butchered plot about Baphomet, the damaged deity of the underworld. Funnier, darker, and more moving than what Fox released, this is a director's cut that exceeds vanity-project status, and instead restores the soul of the story.