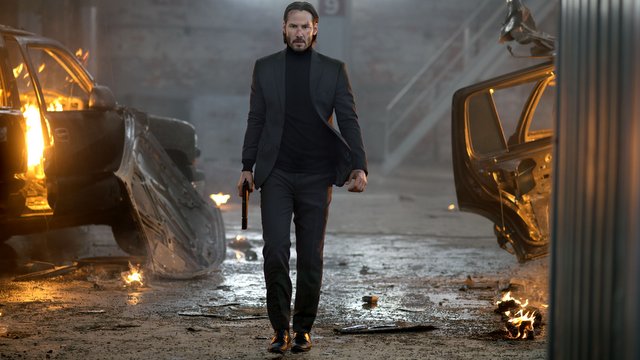 "It's kind of cool to see someone, in a wish-fulfillment way, go to town. Touch my dog, and I'll kill you, and your 82 friends." John Wick co-director David Leitch on canine revenge.

Old Yeller did it. The Road Warrior did it. But if there's a golden rule in cinema, it's simple. Don't kill the dog. Unless, like the filmmakers behind cold-blooded killer John Wick understand, you're prepared to pay the consequences.

As the eponymous Wick, Keanu Reeves dismantles the Russian mob with his bare hands after a gangster's son kills his pet beagle. If that sounds like an over-reaction, then a: you've never owned a dog, and b: it's more what the dog symbolizes than the animal itself that sets him off on a cold-blooded murder streak. Co-director David Leitch called the story "very comic-book-y," while his co-director Chad Stahelski saw it as an homage to classic Eighties action films, and the balletic violence of Beat Takeshi. "We just wanted to make something that we'd go see," said Stahelski. "You always liked the guy. OK, he's a hit man, we get it, but there's a politeness, a sincerity to him."

Austin Chronicle: The first two onscreen deaths are John Wick's wife and his dog, and nothing gets audiences angrier than killing a dog.

David Leitch: There was a lot of discussion about that from (distributor) Thunder Road. It's risky. You kill the dog, you alienate the audience, and the movie's done. That's the classic response from studios. There's certain things you don't do in movies. Your lead actor shouldn't have a beard, and don't kill the dog. We go, let's give the lead actor a beard, and let's kill the dog.

Chad Stahelski: We tried killing cats but it didn't have the same effect. … Hopefully the premise sets up the gag. He kills 84 people because they killed his puppy.

DL: We wanted to be a little unconventional, perhaps very unconventional. So we needed a set-up that would allow us to kill 80-some people and still allow John to recover from it and have some empathy from the audience. The dog, it's a fresh take on the revenge thing. It's not Taken, where he's rescuing the daughter.

AC: Were you taken off-guard that the dog has become such a big part of the press for the film, and that's what audiences are talking about?

DL: We know we're going to have a huge animal-love audience. It's kind of cool to see someone, in a wish-fulfillment way, go to town. Touch my dog, and I'll kill you, and your 82 friends.

AC: This is the latest in the growing canon of Russian mob movies. It was the Mafia in the Seventies, the Yakuza in the Eighties, Triads in the Nineties, so why the Russians now?

CS: Russian gangsters are colorful. If you read the background histories, they're all Ph.D's. Because of the decline of the economy, you have all these intelligent people – chess pros, but incredibly vicious and financially savvy.

AC: When John Wick finally unleashes on them, it's really clear that it's Keanu doing the hitting.

CS: The movie's minimal and simple, both in shots and editing. If you look at it, it's a good guy doing pretty simple martial arts. We just took a practical sense. He's trained in ju-jitsu, Japanese and Brazilian. We put him through a lot of gun tactical training courses. Dave, myself, and our stunt team molded him together, and we had a good guy performing. We tried not to do any tricks, we didn't ramp anything, we didn't use wires.

DL: Western cinema is constantly overcutting and forcing action with the camera, as opposed to letting someone who's really good perform.

CS: You want to see the character. Think back for a moment: Why do you love Jackie Chan so much? It's Jackie Chan. You're not going to his movies for his editing style. You're going to watch Jackie Chan fall of a building. You like Keanu. You like the way he looks, you like his sincerity, you like the way he fights, so let's just see him move. He is obviously trained well and he's obviously cool, but he brings something that you can't get from a super-tight shot or a stunt double. He brings him.

John Wick opens today. For a review and screening times, visit our listings page. For an interview with Reeves and costar Adrianne Palicki, read "Everybody was Gun Fu Fighting," Sept. 25. 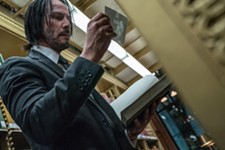 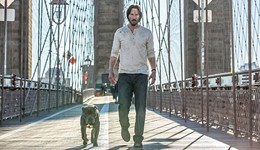