One in a Crowd: Found Footage 3D 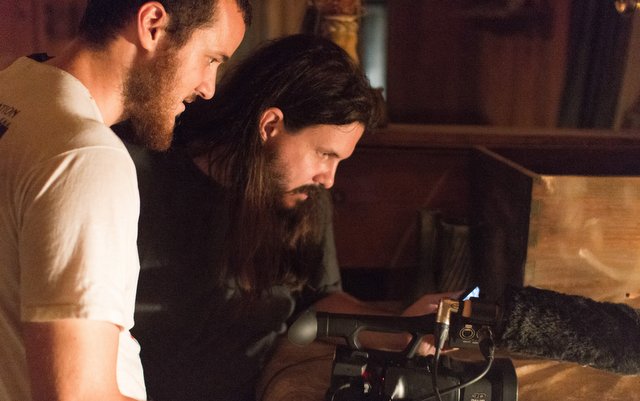 Being an indie-horror-comedy is hard. That's why so many filmmakers turn to crowdfunding. But Found Footage 3D may have an ace up its sleeve: Producer Kim Henkel is offering an unbelievable oddity from his own personal The Texas Chain Saw Massacre archives as a donor incentive.

Director Steven DeGennaro has called his feature debut "the Scream of found footage movies," but the brief sequences he showed off at last weekend's edition of The Show tack closer to the dry, wry humor of Waiting for Guffman. That said, we can't tell you too much about our recent set visit, but horror fans will be glad to know that it all gets pretty bloody and scary too.

That's part of why Henkel came on board as producer, and now he has donated one of the greatest rarities in horror cinema history to backers: VHS copies of The Return of The Texas Chainsaw Massacre. Never heard of it? That's the real director's cut of Texas Chainsaw Massacre: The Next Generation. (It starred some young guy called Matthew McConaughey. What ever happened to him?) Unseen outside of festivals since 1994 and only released in its butchered, shortened version in 1997, Henkel has donated 25 copies of the original cut, signed and sent straight to your door.

The production has wrapped filming, but still needs to raise $35,000 in completion costs. The bulk of this will go on one digital FX shot (yup, this movie is pretty much all practicals), and they're not going cheap. They're talking to Hybride, a division of Ubisoft that worked on Avatar, 300, Pacific Rim, the locally lensed Predators, and The Hunger Games. Hey, no one wants cheapo CGI squibs, so if you have to go digital, go all in, right? That accounts for 45% of the target, with the rest going to cut a trailer, get the film into festivals, and fulfilling those perks and incentives.

You can back the project, and maybe even make some TCM fans' Christmas complete, by donating over at the film's Indiegogo page. Before then, here's DeGennaro making his pitch.