Fantastic Fest 2014: The Duke of Burgundy 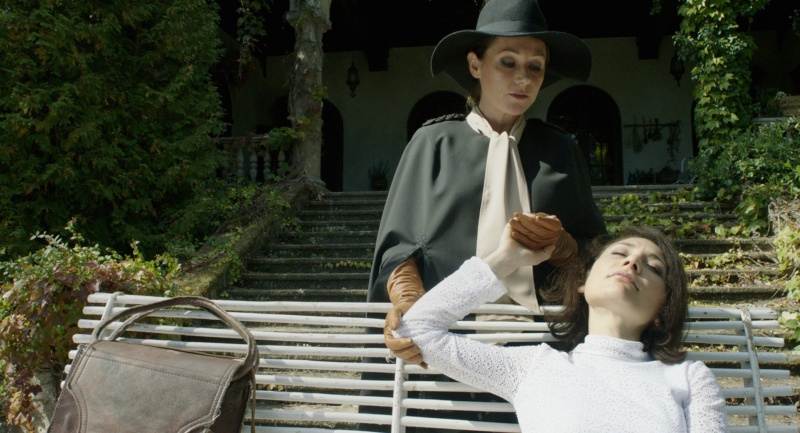 Passion, domination, and more than a little humor in Duke of Burgundy

If there's a lesson to be learned from The Duke of Burgundy, the latest exquisite puzzle picture by British director Peter Strickland, it's this: Being the dom in a sub-dom relationship is really tiring.

Strickland's last feature, Berberian Sound Studio, is another period piece, set against the grotesqueries of the Italian giallo scene. Its title sequence, actually for the film-within-a-film, is a pitch-perfect homage to the genre's lurid credit styles. With Duke, he adds another layer: Again, the credits show that it is a clear homage to Seventies cinema (Serge Gainsbourg would be proud of the breathy score by Cat's Eyes), but the world he creates speaks otherwise. This is a Seventies version of the Fifties, but a parallel one, set in a community of polite, charming, entomologists who all happen to be in genteel, kinky relationships.

At its heart, there beats a comedy of manners, summed up in scenes like having the local bespoke sex-toy manufacturer come over for tea, and discussing the equipment required for extreme paraphernalia with the same tones one might use to select antimacassars.

But, far more importantly, this is about willingness and coercion – two ropes pulling any relationship. The environment may be daydreamlike, but the truths burn like sunshine. The moment calf-high boots are replaced by comfy bed socks, the power shifts dramatically, but it is also a character beat of humor and pathos. There's a kinship to the lovingly scathing insights of early Mike Leigh, combined with the hallucinatory Britishness of executive producer Ben Wheatley's work (that said, post-A Field in England, it's clear the Strickland-Wheatley influences flow both ways).

And this is where the genius of Strickland will eventually become truly apparent. Berberian Sound Studio was a conundrum, one that frustrated many as they were forced to research the subtle nods and obscure references beneath the sonic and visual attack. It proved that Strickland does nothing by accident, so while Duke is delicious from the first nibble, its secrets (why are there mannequins in the audience at the bug lectures? How are butterflies a currency? And who exactly is the duke?) will only unfurl their wings over time and repeated viewings. 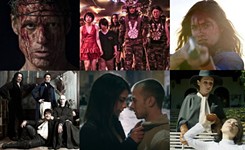