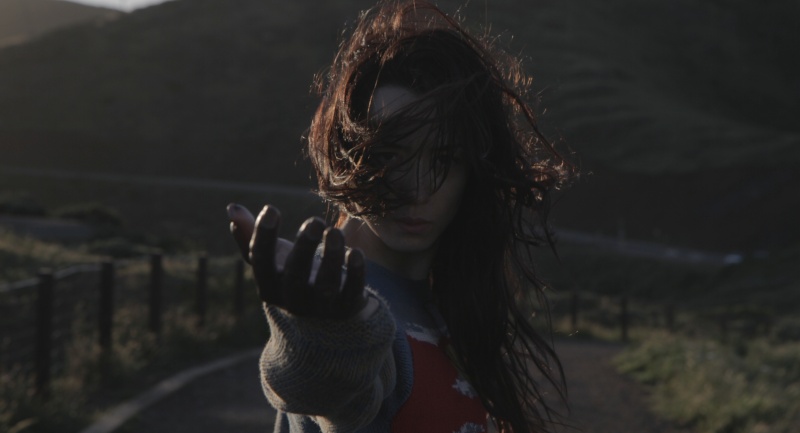 "The reception has been the most cathartic and healing, in that it resonates with people." Artist Amy Everson in the award-winning quasi-documentary Felt.

Amy Everson is not a screen actress by first calling: But that did not stop her taking the Best Actress award in the Fantastic Fest Next wave category for her performance in Felt.

In the new film from director Jason Banker (Toad Road), Everson plays Amy, a somewhat fictionalized version of herself in her own life. Amy creates strange costumes: sometimes grotesque, sometimes caricatured, always highly imbued with subtexts and implications of sexuality and gender roles. Over time, it becomes clear that Amy's work is tied to deep personal trauma, and the audience follows her psychological unraveling through these body-redefining creations.

Everson's dress sense had already been getting attention before the awards ceremony. She and her boyfriend, throughout the festival, have worn matching outfits, the exact same clothing. She says, "On the first night, we were just walking from the place that we were staying. We got to the train tracks, and we stopped there, and then the car that was stopped there, the trunk opened slowly. We were like, oh my god, what is happening? It's completely dark, nothing around, and we're like, oh, we're going to die. Then the driver winds down his window and goes, 'What are you guys wearing, you guys look awesome!' He ended up giving us a ride here."

"We never knew why the trunk opened."

Austin Chronicle: The costumes are so part of everything that's going on in Felt.

Jason Banker: That was the thing that first attracted me to Amy, her art and seeing these things that she made. As a filmmaker, you want very strong visuals, and have images that people will walk away [and have them] burned into their brains. The stuff that she makes is so visceral, it says so much, you don't have to explain it. I wanted to unravel the mystery of what it means.

AC: Where did you first find her work?

JB: I was shooting something else in San Francisco, and me and a friend were hanging out at this bar, Pop Scene.

Amy Everson: I have a tendency of just randomly kidnapping people from clubs. A friend of mine and me, we would just pick up strangers and then terrorize them, and Banker just happened to be one of those people that night.

JB: She was just explaining the things that she did, and we said, 'We need to see these costumes.' We went to her house, and then we saw her bedroom, and I just went, you've got to be kidding me, this is amazing. Seeing her art, seeing her world, it took me a year and a half not being able to forget it, that I was like, we have to make a film.

AC: Any artistic process can be cathartic, especially when it's so intimate and personal. Did making the film change how you approach your current work, or how you see your earlier work?

AE: I think the process wasn't cathartic, per se. I was going through a lot, and the story unfolded organically because of what was going on in my life. It just happened to happen while he was with me. I think the reception has been the most cathartic and healing, in that it resonates with people. I have people, men and women, come up to me and tell me about their experiences, and tell me how they really felt moved and impacted by the film. It was nothing that I ever imagined while going through the process. I was just living my life, just with a camera there. 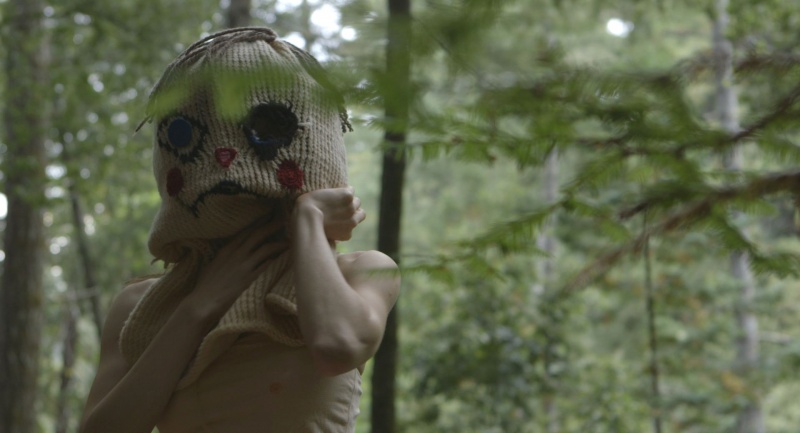 "Seeing her art, seeing her world, it took me a year and a half not being able to forget it, that I was like, we have to make a film." Director Jason Banker on Amy Everson's art, the inspiration for Felt.

AC: That makes Roxanne an interesting addition, as the best friend/enabler. How did you come on board?

Roxanne Knouse: I met Jason eight years ago, and he asked me to be in Toad Road. I was going to, but then I didn't, because at that point it was kind of going to be the same thing that happened with Amy. For separate reasons: I was pretty out of control, and at 21 years old, I couldn't approach myself and my own demons.

But when he talked to me about Amy, because he knows me pretty well, it resonated with me and my experiences, and I wanted to be a part of it. I wanted to showcase women supporting each other. When I come to the film, it's me going, no, go be weird, and I'm supporting you in that. The other characters in the film are like, be normal, get over it, try to rush your healing – make her fit into something that makes her feel comfortable. Not giving a care about how she's really feeling. 'You're making us feel weird with your pain.' So I wanted to showcase how someone who would understand that would react, and not shut that down, and actually make it grow.

AC: Let's talk about your art background, because these suits are an unusual medium to work in.

AE: They originally started as just costumes for fun, and then I would wear them for fun and to freak people out, and then I would meet strangers and make them wear them. That concept intrigued Baker, and he wanted to explore that. But I think the source of why a lot of the art I make is based on genitalia and human bodies is taking control of what hurt me in my life. It's touched upon in the film, and I think I'm building on my own experiences, and taking control of them.

AC: Was there ever a point where this was going to be a more conventional art documentary?

JB: That's what I brought to the table, and those are my sensibilities. I like to think that it's a unique approach to making films. Mixing it [so that] we do incorporate fiction, and we let the fantasy happen. This goes further than what reality is, and it also lets an audience bring a little bit more of themselves into the work as well.

JB: We did a lot of workshopping where I just shot with her, and there were things that I didn't even know were going to be in the film. I knew that I wanted to shoot in the redwoods. I love nature, and the beauty of setting people against these huge trees. That first scene where you see the suit, I said, 'let's go into the woods, and you're going to wear this suit, and we're just going to shoot some stuff.' It was like magic. And I didn't know that I was going to be using it in the film, but making that choice led to other choices. Later on, there's a repetition of that, but it goes another way.

To me, I'd rather work that way than with a script where I know everything that is going to happen. You get to construct something organic that doesn't feel contrived, it doesn't feel like you've seen it before. You're just creating, and that's Amy's art to me. She's just creating these very powerful things [and] maybe she doesn't know how it will resonate.

AC: That puts a lot of emphasis on you, since he was following your lead and giving you an almost quasi-director role.

AE: Right. It was a blank slate. He said, 'What story would you want to tell,' and I wasn't completely sure, but I thought about my life and how my experiences have informed my artwork, and I have basically purged everything. I think a lot of the film was Banker's picking and choosing of what would come together as a story. I gave him a lot of material. I put on every costume, I pulled out old journal entries and read them. I pulled out a lot of ghosts and demons, and somehow through his editorial magic he was able to create a story. 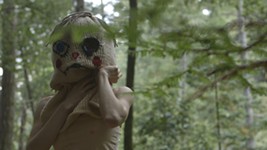 Under the Skin
Psychological thriller Felt slices into rape culture