Donuts, a banana sing-along, and a Barfcade, naturally

The final day of the Fantastic Arcade did not disappoint. There were donuts, an impromptu sing-along about mystical bananas, and the long awaited Barfcade hosted by Thu Tran. Did anyone in fact barf? 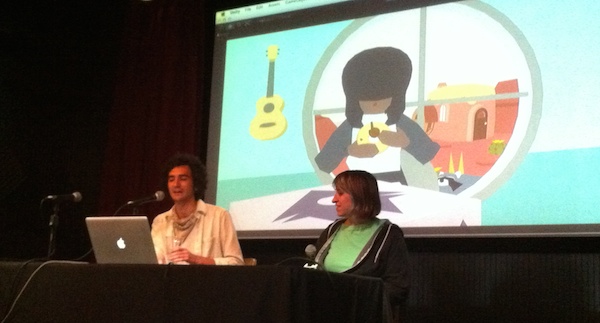 An Allegory Told Through Donuts

It might be hard to tell that Ben Esposito's Donut County is an allegory about gentrification, what with the raccoons on mopeds and voracious holes in the ground. However, Esposito's presentation on his Audience Award-winning game helped clear things up. Despite their cuteness, it turns out the raccoons are the gentrifiers in this metaphor, and they bring their magical donuts with them to create holes that pull everything into them, growing larger with each consumed item. "Holes don't fail. They can't fail," said Esposito about the inevitability of victory (or is it loss) in the game. After describing his artistic aesthetic and fielding a few technical questions only one question remained: "Do you want a donut?" The question-asker and Arcade regular, Saam Pahlavan, then unleashed two dozen donuts on the very receptive crowd. 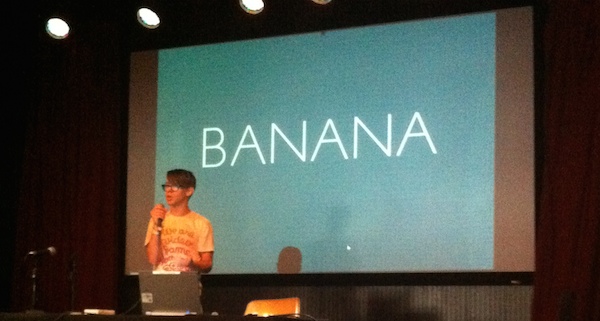 After Kyle Reimergartin's unbridled onslaught of science at last year's arcade, Fantastic Fest veterans were prepared for most anything. Everything except a banana-themed sing-along. Reimergartin had the majority of the crowd singing largely nonsensical lyrics in no time thanks to his manic energy. After the song, Reimergartin proceeded to talk with his usual impassioned intellectualism about his latest game; the strange architectural geometry of zomes; the inspirations behind his Grand Prize-winning game, Banana Chalice; and creating games with his second grade class ("We made some spectacularly broken things."). All in all, Reimergartin left the crowd hoping he returns for a third year.

The Unlikely Game Designers of KO-OP

The six members of Montreal-based KO-OP Mode who took the Fantastic Arcade stage ranged in game-making abilities from programming pros to neophytes, which was kinda the point. The backgrounds of the panelists included work with Canada's space program, illustration, animation, and programming. The crew discussed the nature of being an experimental-game co-operative and working on projects together and alone. The games they showed generally wowed the crowd who clearly wanted more. Perhaps most impressive were the in-development games shown by Paloma Dawkins who was announced to be the first participant in the KO-LAB Initiative program. 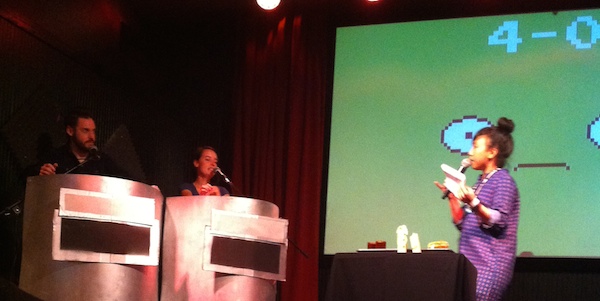 Barfcade Lived Up To Its Name

With all of the panels finished it was time for the Starcade competition which was rebranded this year as Barfcade. The result was a mixture of trivia, head-to-head game battles, and the ingestion of barely edible items. Thu Tran of IFC's Food Party joined arcade master of ceremonies Wiley Wiggins as the host asking questions of the unsuspecting contestants before leading them to the troth of food items such as anchovy popsicles, sticks of butter, and shots of what Tran described as "spicy diarrhea." Tran's disarming humor was a perfect fit for the anarchic fest closer. After a few rounds and increasingly worried looks from the contestants Tran asked, "Are you guys ready to eat some more fucked up shit!?" No vomit was actually regurgitated, but there was a bit of spit-up to keep the audience rapt.

Check out the full list of Fantastic Arcade award winners.