From Holyrood to South Austin 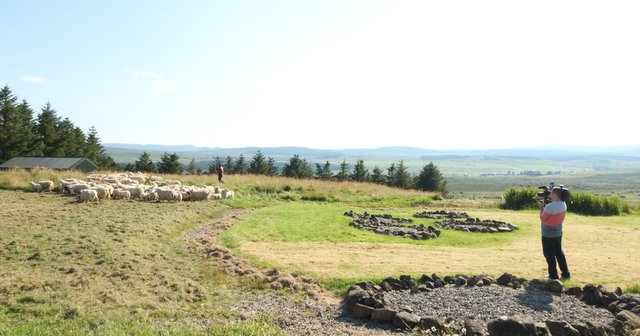 Across the ocean: St. Ed's students record the path to this week's Scottish independence vote in a documentary series, shot over the summer.

Little known fact: The Texas State Capitol was built by Scottish masons. Nearly two centuries after the last stone was laid, a group of students from St. Edward's University traveled to Scotland to record the months leading up to this week's monumental independence vote.

The project was the idea of two associate professors in the St. Edward's University's Department of Communication, Scott Christopherson and Innes Mitchell. The pair were looking for a project that would allow them to take their students to Scotland, but wanted to do more than just the normal round of sightseeing. Christopherson said, "My colleague knew the referendum was coming up and felt that it was a great idea for students to be immersed and get involved."

The class spent six weeks, through July and August, interviewing activists, and the general public, yes, no and undecided voters alike. However, they didn't just turn up and randomly start grabbing strangers on the street. "There was a ton of prep," said Christopherson. He and Innes acted as producers and made the initial connections. "We made phone calls, emails, Skype, several months beforehand. Then we split the students into groups of three and said 'who wants who? Now go forth and get it.'"

This was early in the campaign cycle, back when the no vote was winning easily in the polls, but that was not necessarily what he and his students saw in their interviews. He said, "We tried to get a mix, but the people involved in the 'yes' campaign were more willing to talk to us."

There is an undoubted geographic divide in the electorate, with the heaviest support for secession in the Northerly cities of Dundee and Aberdeen. But the closer to the borders, the greater the unwillingness to sever ties to the United Kingdom. Christopherson said, "In Edinburgh and in the financial sector areas of Scotland, there're definitely a no vote." However, he was still surprised by the range of opinions. "I personally traveled to the Isle of Skye, up in the North West. We filmed a crofter, and we'd always presumed that the rural voters would be yes voters, but they were no voters. They were concerned that, if the yes vote went ahead, the subsidies for the crofters would not be available."

Did Christopherson's students get more than the normal study abroad experience? He believes so. Most importantly, he felt they saw and were immersed in "this passion for Scottish politics and culture that I didn't expect. Students told me, I feel like I know more about Scottish politics than I do my own country."

You can see the student documentaries at www.scotlanddocs.com. 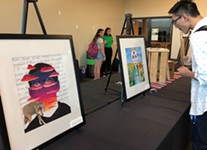