Other Worlds Austin Has a Time Lapse 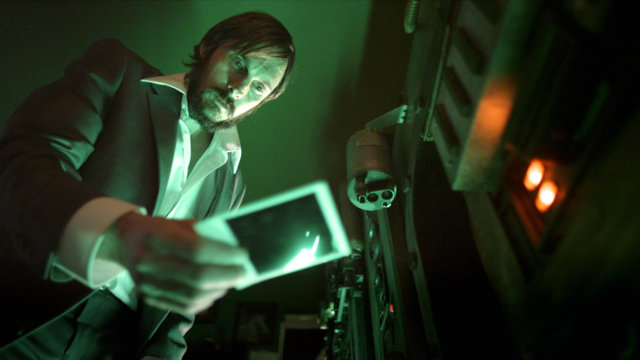 Don't look into the future. You might not like what you see. That's the story of Time Lapse, the newly announced centerpiece film for the first Other Worlds Austin sci-fi film festival

The debut feature from director Bradley King, Time Lapse concentrates on three friends: Finn (Matt O'Leary, Spy Kids 2 and 3, Fat Kid Rules the World), Callie (Danielle Panabaker, Justified, Shark, The Flash and Jasper (George Finn, LOL). The trio suffer the curse of clairvoyance when they discover a machine that takes a Polaroid of whatever is happening 24 hours into the future. Has such a machine ever led to happiness for those that dare use it? And what did happen to the neighbor in whose apartment it's just been resting?

Fresh off successful festival screenings in Brussels, Seattle, Montreal's Fantasia, PiFan in South Korea, and Sci-Fi London, this will be the Texas premiere for Time Lapse. It will be one of seven sci-fi features screening at OWA, with a host of speculative fiction shorts to be announced along with the rest of the line-up on Nov. 4.

Festival founder Bears Fonté calls it “the perfect showcase for exactly why I started Other Worlds Austin." The former Austin Film Festival booker continues, "I think fans of Primer or Coherence or a film I programmed last year called Frequencies are really going to enjoy this film. It’s a bit of a brainwreck, with a fair dose of hitchcockery thrown in.”

Other Worlds and Under Worlds With Bears Fonté
OWA founder adds horror, history, and food to the sci-fi fest