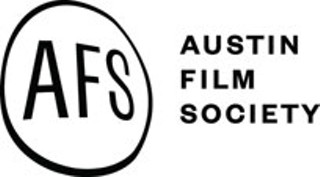 The Austin Film Society is at it again: giving away money to filmmakers and their projects. The 2014 recipients of AFS Grants (formerly the Texas Filmmakers’ Production Fund) and Travel Grants have been announced today.

Although the list of recipients is heavily Austin-centric and dotted with lots of familiar names, 58% of the awards were given to newcomers. The panel of filmmakers and curators from outside Texas who determined the awardees and allocations included Aaron Katz, the co-writer/director of Land Ho!, which is currently in theaters; Angela Tucker, documentary producer and director; and curator and film journalist Tom Hall, who is the newly named director of the Montclair Film Festival. AFS Associate Artistic Director Holly Herrick administered the 2014 grant.

Congratulations to all. We look forward to seeing these completed projects in the coming months and years.


All That We Love
D: Yen Tan (Austin)
AFS Grant Award: $2,500
MPS Camera Award: $5,000
The death of a beloved pet compels a middle-aged man to examine the fragility of his present relationships.


Any Rough Times Are Now Behind You
D: Alex R. Johnson (Austin)
AFS Grant Award: $5,000
After a sports fix goes wrong and his accomplice is murdered, Charlie Moore flees Texas to South America where he tries to hide out and start anew in the highlands of the Andes.


Booger Red
D: Berndt Mader (Austin)
AFS Grant Award: $10,000
A veteran reporter searches for the truth behind the largest child-sex ring in Texas history. On his journey through the bowels of East Texas, he discovers that the allegations at the root of his investigation might have never happened.


Jackrabbit
D: Carleton Ranney (Austin)
AFS Grant Award: $2,500
Two unlikely computer prodigies must team up to discover the truth behind their mutual friend's mysterious suicide - leading them down a dangerous and revelatory path.


La Barracuda
D: Jason Cortlund & Julia Halperin (Austin)
AFS Grant Award: $2,500
A strange woman comes to Texas to meet her half-sister and stake a claim to the family's outlaw music legacy, one way or another.


Nakom
D: Travis Pittman & Kelly Daniela Norris (Austin)
AFS Grant Award: $10,000
Upon his father's sudden death, a talented medical student returns to his home village in Ghana to face the realities of a struggling farm, his family's survival, and the choice between two very different futures.


Never Goin’ Back
D: Augustine Frizzell (Dallas, TX)
AFS Grant Award: $2,500
MPS Camera Award: $5,000
In an attempt to get rent money and avoid eviction, high school drop outs Jessie and Angela embark on a day of adventure that includes dudes, drugs, booze and an ill-advised heist. Just another day in the life of your average 16-year-old girl.


Slow Creep
D: Jim Hickcox (Austin)
Kodak Film Award (film stock) : $3,000
Mom and dad are out of town, and three teens are excited for a night of movies and sneaked alcohol. What they're not counting on is an attack from the Slow Creep.


Anthropocene
D: John Fiege (Austin)
AFS Grant Award: $2,500
Through the stories, emotions and visual poetry found in humanity's complex relationships with nature, Anthropocene visits every continent on earth to create a provocative portrait of a new geologic era marked by the sixth mass extinction of species and the permanent imprint of human beings upon every aspect of the planet.


In the Shadows
D: Alvaro Torres-Crespo (Austin)
AFS Grant Award: $10,000
In The Shadows tells the story of six gold panners living deep in Costa Rica's rainforest. In the name of environmental preservation, the president has decided to expel all panners from the Osa. This intimate and lyrical film captures the group as it tries to survive an increasingly hostile environment and organize as a community, and questions Costa Rica's famed conservation practices.


Seadrift
D: Timothy Tsai (Austin)
AFS Grant Award: $5,000
In 1979, the fatal shooting of a white crabber in a small Texas fishing village ignites a maelstrom of hostilities against Vietnamese fishing communities along the Gulf Coast. Seadrift inspects the circumstances surrounding the incident and its tumultuous aftermath, and tells the story of Vietnamese refugees who flee their home country only to be confronted by angry fishermen and the KKK as they search for a new home in a strange land.


Son of a Bug
D: Nicole Marie Tavares & Shams-Tabraiz Muzaffar (Richardson, TX)
AFS Grant Award: $10,000
Son of a Bug is a feature-length documentary that explores the history of the Bugs, the first Pakistani rock band, and contested spaces of culture and religion, particularly what it means to be Muslim and Pakistani American, as revealed through the father-son relationship between former drummer-turned-Texan "Jimmy" Jumshade and his Texas-raised son, Shams-Tabraiz.


Stumped
D: Robin Berghaus (Austin)
AFS Grant Award: $2,500
After filmmaker Will Lautzenheiser lost his limbs to a bacterial infection, his life was derailed. With his career on hold, Will finds a new creative outlet in stand-up comedy that becomes a form of on-stage therapy. Now, a Boston medical team wants to help Will get his life back by performing an experimental, double-arm transplantation.


Tower
D: Keith Maitland (Austin)
AFS Grant Award: $5,000
August 1st, 1966 - a lone gunman ascended the University of Texas tower and opened fire; it was America's first school shooting.  Tower, an animated documentary, will explore the story of that day and its effects over the past 50 years. Visceral first-hand accounts of those who were there, ask: How did the worst in one man bring out the best in so many others?


“Bury Me In The Dark”
D: Juan Pablo González (Austin)
Miriam and Rutilio are a Mexican couple who have lived in Austin, TX for half of their lives. Their stable existence is disrupted suddenly when Rutilio suffers a fatal accident and dies inside the house. Miriam and her daughter have to make the body disappear to save themselves from deportation.


“Florence”
D: Caleb Kuntz (Austin)
Kodak Film Award (film stock) : $2,000
Florence is a young teenage girl who has a mild form of Aspergers Syndrome, but is misdiagnosed as having depression, and prescribed psychotropic medication. The short film follows Florence's decision whether or not to take the medication.


“Middle Witch”
D: Amanda Gotera (Austin)
AFS Grant Award: $1,500
“Middle Witch” is a contemporary folktale that follows a restless fifteen-year-old witch on the day she steals a magic egg from the abandoned lot behind her house, unwittingly luring a terrible Beast home with her, and putting her sisters in grave danger.


“Skunk”
D: Annie Silverstein (Austin)
AFS Grant Award: $1,000
When her pit bull is stolen by an aspiring dogfighter, Leila is forced to stand up for herself, at the cost of her own innocence.

No No: A Dockumentary
D: Jeffrey Radice (Sundance Film Festival)