Just shut up and take our money!

Just set up your line of credit now. MondoCon, the first convention dedicated to graphically inclined film fanatics at print mavens Mondo, has just announced its 2014 programming, plus the first poster for the Austin art crew from Alex Ross

Heading up the panel announcement, industry legends Geof Darrow, Jock, Mike Mignola, Alex Pardee, William Stout, and Bernie Wrightson will be weighing the stage down on one panel (no, really, all of them) called Designing Movies, as they share previously unseen art and untold stories about films from Raiders of the Lost Ark to The Matrix, Blade 2, and Dredd 3D.

Darrow will be back for Shaolin Cowboy, about his never-completed project with the Wachowski siblings, and he’ll be bringing eight minutes of never before seen footage. Then 2001: A Lost Score, composer Brian Satterwhite will talk about the original soundtrack by Alex North, erased at the last moment by Stanley Kubrick. For his Godzilla 1983 panel, William Stout will talk about a whole film that disappeared, showing his storyboards for the long-abandoned and oft-forgotten first failed American reboot.

Of course, this being Mondo's show, studio head honchos Justin Ishmael, Mitch Putnam and Rob Jones will have a Mondo Talk: Art Direct a Poster Live!, showing alternate poster concepts, and a chance to crowdsource the art direction of a new poster. The Art of Toy-making will feature Mike Mitchell, Brock Otterbacher, and Dan Willett talking about Mondo’s new toy line, including collectibles for Teenage Mutant Ninja Turtles, Alfred Hitchcock, and the eagerly awaited The Iron Giant 16” figure. 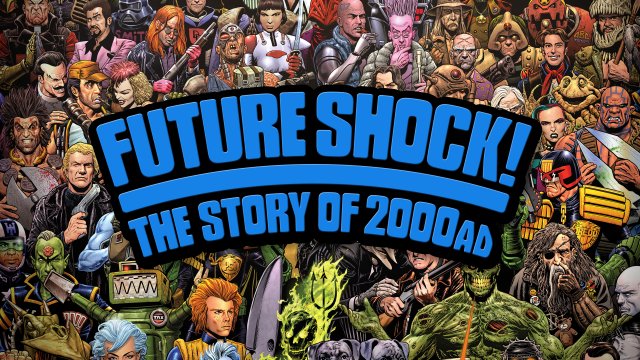 Future Shock!, one of the designcentric films screening at Mondocon

If that's not enough to drag you away from Fantastic Fest (which will be happening at the same time down at the newly reopened Alamo South Lamar), then there will be some very special screenings. On Sat. Sept. 20, there will be the world premiere of Future Shock! The Story of 2000AD, the behind-the-scenes tale of the 35-year history of the seminal British comic that has subtly reshaped graphic art culture – and gave the world Judge Dredd (You’re drokking welcome, citizen.) Of course, there will be a special Mondo print available on the night, and the same will be true at that night’s screenings of Ghost in the Shell and the original Total Recall.

But you may want to save some cash for Sunday night, when Mondo and Death Waltz Record will be celebrating the release of their new soundtrack to The Texas Chain Saw Massacre with a special screening of the new 4K restoration, complete with the first ever public performance of a new live score by Italian-via-Germany giallo masters Umberto & Antoni Maiovvi. It’s a super-limited run of only 800 vinyl copies, so don’t burn out all your wage check on day one. 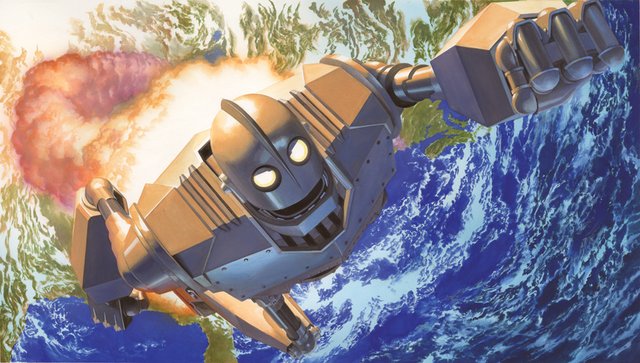 The Iron Giant Alex Ross's new The Iron Giant print for Mondo, a limited edition of 325 in a 15" x 27" Giclee, available exclusively at MondoCon.

That could be hard, since there will be a Mondo pop-up shop in the hall complete with some exclusives featuring one of our all-time favorite animated films, The Iron Giant. Hang on to your credit rating, with a new poster from Alex Ross, soundtracks with variant art by Jay Shaw and Jason Edmiston, a vinyl release of the lost North 2001 score with liner notes by Jon Burlingame, and a variant cover for Boom! Comics’ Big Trouble in Little China issue 1 by Tyler Stout.

There will also be live screen printing of T-shirts and posters all weekend, courtesy of Industry Print Shop, so you can finally see how those screen prints that cover your walls and chest are actually made.

MondoCon will run Sept. 20-21 at the Marchesa Hall and Theater, 6406 N. IH-35. Tickets $35 one day, $70 weekend pass, on sale Wednesday, June 4. Free admission for Fantastic Fest VIP badge holders. Tickets for the evening screenings will be made available to badge holders only via Eventbrite before the convention. More details at www.mondo-con.com.