First round of films announced mixes world and Texas premieres

The Austin Film Festival has just announced its first wave of films for its 2014 gathering, with new movies starring Kevin Costner, Tommy Lee Jones, James Franco, and (calm yourselves) Benedict Cumberbatch. Plus, Austin's most famous director finds himself on the other side of the lens for once. 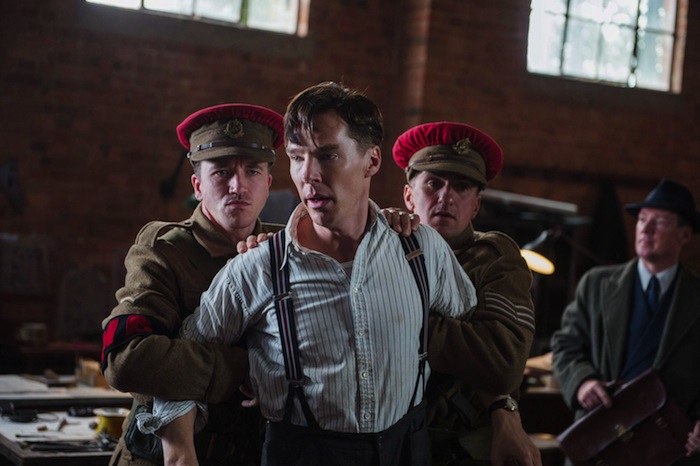 The lineup features a host of global debuts, including 21 Years: Richard Linklater, the new documentary about Austin's most renowned and lauded director.

That's not the only true life tale with a Lone Star State connection. Oscar-winner Vanessa Roth (American Teacher) returns to the classroom and the court room with The Texas Promise, focusing on the fight and fallout over the state's decision to cut $5.4 billion out of school funding in 2011.

There's also a slate of Texas debuts, including the eagerly awaited The Imitation Game, with Benedict Cumberbatch as Alan Turing, the godfather of modern computing who was hounded to an early grave because of his homosexuality, and The Homesman, from native son Tommy Lee Jones. There'll also be the latest from the astoundingly prolific James Franco as he adapts William Faulkner's The Sound and the Fury.

As always, there will be several additions to these annual Guest Programmer Series, where filmmakers will show and talk about some of their favorite films, both their own work and that of other creators. The lineup includes Matthew Weiner presenting The Twilight Zone, Jim Sheridan & Terry George presenting In the Name of the Father, John Patrick Shanley presenting Moonstruck, Randall Wallace presenting Braveheart, and Tom Schulman presenting a timely screening of Dead Poets Society.

One-Eyed Girl
World Premiere
D: Nick Matthews
Writer: Craig Behenna, Nick Matthews (In attendance)
Cast in attendance: Mark Leonard Winter, Tilda Cobham-Hervey
A psychiatrist haunted by the death of a former patient stumbles upon a Doomsday cult and battles to save a teenage girl (Cobham-Hervey) from its clutches.

The Homesman
Texas Premiere
D: Tommy Lee Jones
Writer: Tommy Lee Jones, Wesley A. Oliver, Kieran Fitzgerald
When three women living on the edge of the American frontier are driven to the brink, the task of saving them from their surroundings falls to the pious, independent-minded Mary Bee Cuddy (Hilary Swank). Transporting the women by covered wagon to Iowa, she soon realizes just how daunting the journey will be, and employs a feisty low-life drifter, George Biggs (Tommy Lee Jones), to join her. The unlikely pair and the three women head east, where a waiting minister and his wife (Meryl Streep) have offered to take the women in. But the group first must traverse the harsh Nebraska Territories marked by stark beauty, psychological peril and constant threat.

The Imitation Game
Texas Premiere
D: Morten Tyldum
Writer: Graham Moore
Benedict Cumberbatch stars as Alan Turing, the genius British mathematician, logician, cryptologist and computer scientist who led the charge to crack the German Enigma Code that helped the Allies win WWII. Turing went on to assist with the development of computers at the University of Manchester after the war, but was prosecuted by the UK government in 1952 for homosexual acts which the country deemed illegal.

The Sound and the Fury
Texas Premiere
D: James Franco
Writer: Matt Rager, William Faulkner (Novel)
Directed by and starring Academy Award® nominee James Franco, The Sound and The Fury captures the lives and passions of the Compsons, a once proud Southern family caught in a tragic spiral of loss and misfortune. Based on the novel by Noble Prize winner author William Faulkner and considered among the 20th century’s greatest works, The Sound and the Fury encapsulates the universal theme of the death of honor, social injustice and forbidden love.

The Texas Promise
World Premiere
D: Vanessa Roth (In attendance)
From Academy-Award ® winning documentarian, Vanessa Roth, The Texas Promise is the gripping story of equity, politics, money, and our children as historic decisions are being made about opportunity, the economy, and our democracy. When the Texas legislature cut $5.4 billion from public schools, it affected the daily lives of the 5 million students in Texas public schools and made Texas 49th in the country in per pupil spending. Texans took to the streets in protest, districts from across Texas sued the state, and ideological battle lines were drawn in Austin.