Eight indies get the arcade-cabinet treatment

The Fantastic Arcade makes its triumphant return to the Drafthouse/Highball on South Lamar Sept. 18-21. As always, the playable portion of the Fantastic Fest is free and open to the public. Just show up and play some of the best indie games from around the world. What games? We’re glad you asked.

Just announced are the Spotlight games. You might remember those as the titles housed in beautiful custom built arcade cabinets (thanks largely to Fantastic Arcade Technical Director Joshua Fields). Bring friends or just challenge the person standing next to you, because a lot of these games are multiplayer. 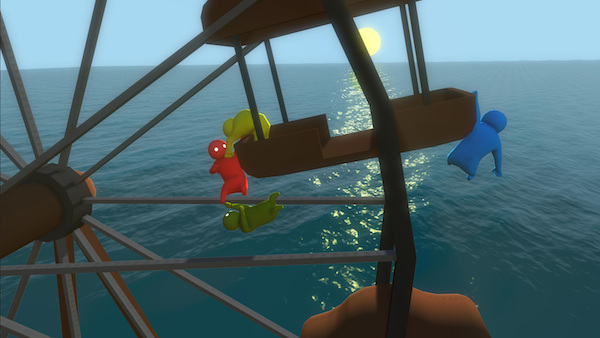 This in-development game from Boneloaf was a hit at the Juegos Rancheros indie game meet-up a few months back because of its over-the-top brawling with cute, doughy creatures. Expect this to be one of the more popular cabinets at the fest.

Ben Esposito is a complicated man. He helped create the storybook worlds of The Unfinished Swan, but he’s also one half of low-poly troublemakers, Arcane Kids. In other words, we have no idea what to expect from Donut County other than that it is described as a physics based experience about making holes, eating donuts, and accepting packages from raccoons. 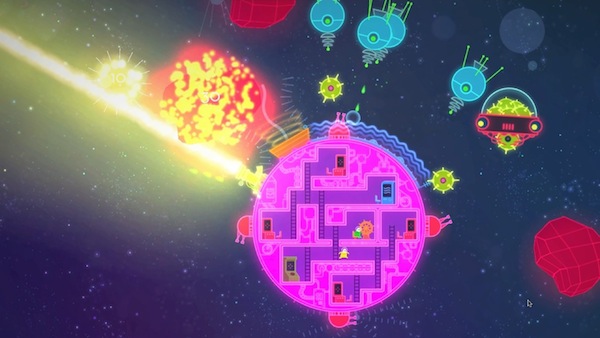 Lovers in a Dangerous Spacetime

Man your spherical spacecraft and delay your date with the emptiness of space for as long as you can. Grab a friend that you trust and run and jump from canons to shields to lasers and trust that your compatriot has your back. Only those with near-telekinetic communication skills will be able to fight off the battalions of baddies coming at you from every angle. The first locally developed game to get the arcade cabinet treatment, the sequel to The Secret of Bryce Manor comes to you courtesy of the team at Tiger Style. There are secret societies and mysteries abound in this new world, but, being that you’re a spider, don’t lose focus on devouring all the flying insects you can stomach. Push Me Pull You

Two players, one body: That’s the real challenge of this head to head (to head to head) competition. Each team of two takes control of both ends of a Noby Noby Boy-like worm creature. Wrap yourself around the ball and fight to keep it on your side of the court to ensure victory. The wriggling and writhing is enough to make anyone blush. 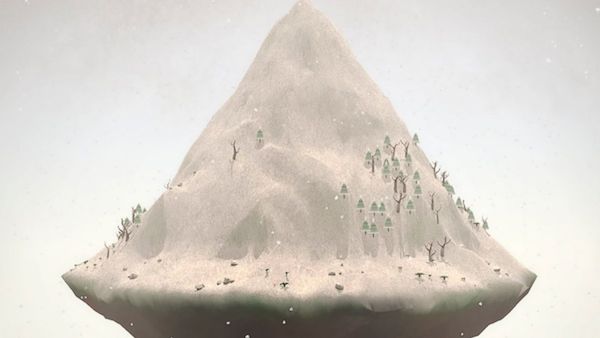 Many might recognize David O’Reilly’s work from the movie Her. O’Reilly designed the fictional games in that movie, but he also makes games for the real world. In Mountain, you are a mountain, naturally. You are born, live, and die. What happens in between isn’t really up to you. There are no controls beyond changing your perspective and playing simple melodies to speed things along. Is it a meditation on the meaning of life? Is it even a game? Perhaps your time spent spinning in your little corner of the world will shed light on those questions. Duo Santa Ragione are no strangers to Fantastic Arcade. Their games Mirrormoon EP and Videoheroes have established them as festival favorites. This time around they bring a four-player version of their vectory, first-person running game. Kyle Reimergartin seemed to come out of nowhere and blow minds with his game Fjords at last year's arcade. This time around players take control of a Banana Cat who travels through a wormhole collecting chalices. Just another day in the life of an interdimensional cat.

The Arcade has also announced some of their tournaments including the surreal fencing of Nidhogg, the platforming perfection of N++, local iPad insanity Astro Duel from local Rusty Moyher, and the archery antagonism of Towerfall Ascension. Also included on the tournament docket will be the above-mentioned Gang Beasts and Push Me Pull You, so practice those in the arcade before game time.