The Long Trip up the 'Dark Mountain' 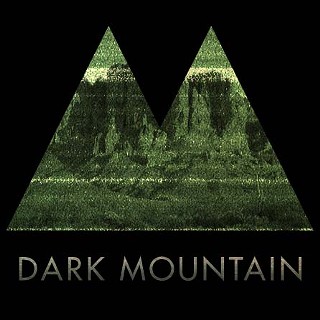 If there are two terrible fears to combine, it's claustrophobia and agoraphobia. Found footage horror Dark Mountain blends both, as a hapless camera crew gets lost in the Arizona desert while searching for a dangerous gold mine. What's scariest is that, unlike most 'inspired by true events' stories, this one really is. Sort of.

The debut feature from writer/director Tara Anaïse follows three filmmakers as they step into a legend. Filmmaker Kate (Sage Howard), her boyfriend Paul (Andrew Simpson), and their pal Ross (Shelby Stehlin) go looking for the mythical Lost Dutchman Mine, a real part of Arizona lore. Legend has it that a German migrant, Jacob Waltz, found a rich seam of gold under the Superstition Mountains in Arizona. Waltz took the secret of its location to his grave, and that's where some of the thousands of folks who seek the mine have gone too. Strange disappearances, dead bodies, rumors of curses, in a land the Apache call the Thunder God's Domain, all make the area too enticing for the trio to ignore. But maybe, just maybe, the mine has stayed lost for good reasons.

The found footage horror received its U.S. premiere, suitably enough, in the Dark Matters strand at last year's Austin Film Festival. Now it's back as the first sponsored programming from the city's newest fest, Other Worlds Austin (Dec. 4-6). It's no accident: OWA founder Bears Fonté was actually the AFF booker that brought it here the first time. "It scared the heck out of me," he said. "Not just the typical killer-leaps-out-of-nowhere scares but because it felt so real. The Dutchman's Gold Mine is perhaps the most famous lost mine in U.S. history, and Tara's film captures the mystery of the Superstition Mountains."

Like many people, Anaïse was broadly aware of the legend, but it was her writing and producing partner, fellow USC School of Cinematic Arts grad and Arizona native Tamara Blaich, who really initiated the project. "She grew up with this legend," Anaïse said. "Her initial instinct was to do a kids movie, like Goonies. We wrote that script, and then were like, 'eh, this isn't really our sensibilities.' Then we had the idea to do it as this X-Files, sci-fi thriller. But both of them would be really big budget. So I came up with the idea of a found footage horror thriller, so we could raise the money and shoot it ourselves, economically and quickly."

Anaïse was very aware that there are few more lambasted and well-worn genres now than found footage. Her first step was to immerse herself in the genre, watching every available film. "There's always a fear that you're going to make something too derivative," she said. "You want to be able to set your film apart in some way." While there are hints of The Blair Witch Project in the set-up, she was much more inspired by 2007 Spanish possession shocker [REC]. "I just loved the way it played out. It felt like one shot, and was so well choreographed."

That was an important lesson – that good found footage can't just involve letting the actors go wild with a camera. With only six days in the L.A. area and two in Arizona, this needed to be a tightly choreographed shoot. Anaïse said, "My DP and I mapped as much out as we could beforehand, just the two of us in blocking rehearsals. We thought of it as a dance."

If found footage started as a way to make the film quickly and cheaply, Anaïse soon found its flexible format became a way to explore "these seemingly disparate mythologies surrounding the mountains." She admits she became obsessed with the myths, not just of the mine, but of the aptly named Superstitions. "A lot of people wonder how much of this is real, and they start doing the research," she said. Fortunately, she didn't just have books and online resources to depend upon. She also had the residents of the mountains, including Superstition Mountains Historical Society president emeritus George Johnston, who turns up to explain some of the legends. She said, "That's just him. He's playing himself."

While Anaïse's script managed scrapes in hints of myths from murder to UFOs, "there's even more that isn't in there," she said. "I read about all these tunnels underneath the Superstitions, this whole river system that seems really weird. I tried to work them in there, but it was just too much."

Now she's touring the finished project around the country, allowing audiences to book their own screenings through theatrical-on-demand service Tugg, before its VOD debut on Aug. 1. The Austin screening comes with an added incentive: Attendees will receive a pre-sale password for the first Other Worlds Austin. Fonte said, "Supporting a fresh and exciting filmmaker like Tara Anaïse is something in which I believe strongly, and sponsoring a screening through Other Worlds Austin is a great way to do that."

Other Worlds Austin presents Dark Mountain with writer/director Tara Anaïse in attendance. Alamo Slaughter Lane, 5701 W. Slaughter, July 30, 9pm. The screening will be followed by a Q&A with Anaïse, and an afterparty at Wonderland, 1104 E. Sixth. Tickets available via Tugg.com.

More info about the film at www.darkmountainmovie.com

Other Worlds Austin runs Dec. 4-6 at the Galaxy Highland. For more info about the inaugural festival, visit www.otherworldsaustin.com.