Three Eli Wallach classics will screen over the next few days

Thanks to Lars Nilsen at the Austin Film Society for pointing out the serendipitous confluence of Eli Wallach movies – The Magnificent Seven, The Misfits, and The Good, the Bad and the Ugly – that are slated to show at Stateside at the Paramount over the next week, courtesy of programmer Steven Jannise.

Eli Wallach, who died a few weeks ago at the age of 98, was one of the greatest character actors to ever grace the screen. The Brooklyn-born actor somehow made his way to Texas and became a graduate of the University of Texas at Austin, where he was classmates with future notables, Walter Cronkite and Ann Sheridan. Perhaps something about his years in the Lone Star State helps explain why so many of Wallach’s greatest films were Westerns. 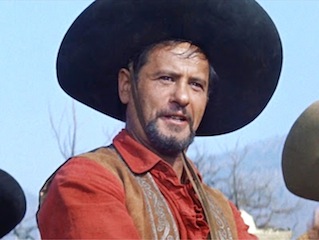 Wallach was a born storyteller, as well, who appeared in movies until nearly the end of his life. I remember an appearance he made about 10 years ago at an Alamo Drafthouse screening of The Good, the Bad and the Ugly after which the nonagenarian regaled the audience with vivid tales about the great Sergio Leone at work. Wallach’s step may have been weak, but his vigor and powers of recall rivaled that of any young man. 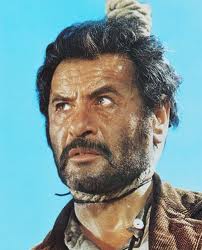 The Good, the Bad and the Ugly

The films showing over the next few days at the Stateside include The Magnificent Seven and The Misfits tonight and tomorrow, and The Good, the Bad and the Ugly on Monday and Tuesday. In the note Lars Nilsen wrote, he observed: ”There's probably never been a better screen actor.” His words are not hyperbole; go see for yourself. 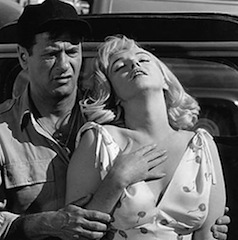 with Marilyn Monroe in The Misfits

All screenings are at Stateside at the Paramount.

Eli Wallach, The Good, the Bad and the Ugly, The Misfits, The Magnificent Seven, Lars Nilsen, Stephen Jannise