Here are five reasons why you should

AMC needs another hit. Breaking Bad finally broke, Mad Men is winding down, and The Walking Dead is a hot mess. The zombies at least deliver ratings, but Hell on Wheels and TURN are not the answer. Halt and Catch Fire, the Eighties computer drama, just might be. 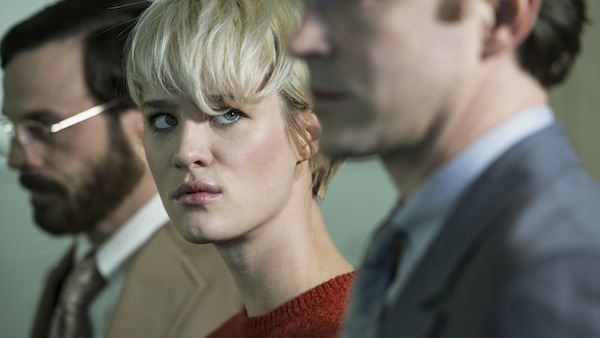 We’re still in the land of “the lead must be an anti-hero.” While that trend is probably a little played out, it’s executed well here. Lee Pace’s Joe MacMillan is flawed in ways that are both compelling and often hard to watch. He’s the blowhard salesman whose dream of a new computer is the fuel for the entire plot. You could say it’s his Job(s). The more he puts on a Tom-Cruise worthy smile and gives speech after speech to motivate the troops, the more his inner pain comes to the fore. His body is marked with scars that he just doesn’t care to explain, and his bi-curious sex life brings as much pain as it does relief. After spending half an episode trying to forget his upbeat (if slightly melancholy) role on Pushing Daisies, I’m now sold as Pace as the right leading man. 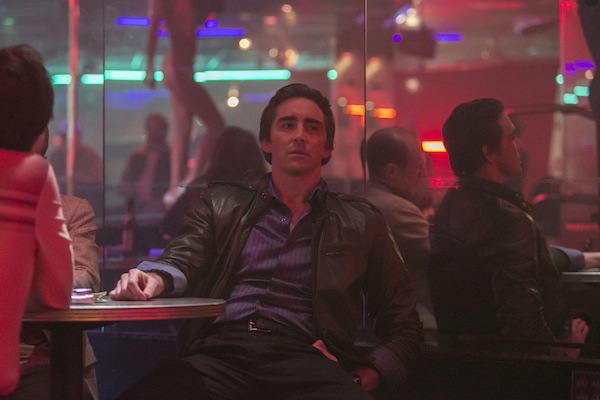 The other two-thirds of the leading trio are Gordon the hardware guy and Cameron the software girl. Cameron (Mackenzie Davis) is all punk-strut with a bleached pixie cut, dirty tank top, and no bra in sight. She’s Black Flag meets IBM, and the show couldn’t exist without her. Gordon (former Austinite Scoot McNairy) will make or break the project, and it’s his home life (including a brilliant wife and two daughters) that grounds the show in ways no other character’s backstory has so far. Gordon is constantly overshadowed by Cameron’s cool and Joe’s moxie, but he’s risking his American Dream for the dream of their project.

In some ways, Halt is Mad Men fast forward 20 years. It’s Morning in America, and the Eighties are in full swing. The show does a great job with the clothes and the cars, and cultural touchstones get their play as well.

This past week’s episode featured the infamous Cabbage Patch Doll, bane of many parents’ existence back in the day. Gordon ends up promising to get his daughter one. The cliche gets flipped when he’s shown getting swindled outside of a sold-out toy store and later pulls a smash and grab from another store’s front display. The desperation of the moment echoes the desperation going on in the business. Just as Mad Men is working through the history of its time, we can expect Halt to explore the decade of leg warmers and Iran Contra.

It’s a tall order to make a group of hardware and software engineers, not to mention their bosses, appear as interesting characters in a high-stakes drama. Halt pulls this off. The title itself is a reference to code that will cause a CPU to completely stop functioning. High stakes, indeed. 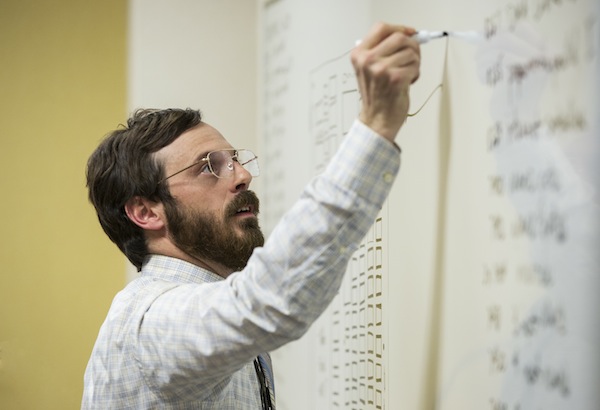 Because of the not-so-subtle references to world-shaping companies like Apple, the tech nerdery has to be at least half as compelling as its tech nerd heroes. Last Sunday’s episode featured a text-based game called Adventure. When one programmer makes a clever version of it as a way to hit on Cameron, the idea is sprung for the new operating system to “have a personality.” That’s big thinking for 30 years ago. The era's signature look – green letters typed onto a black field – is used sparingly so as not to put the audience into a tech coma, but because the plot revolves around creating a faster, cheaper, smaller computer (Compaq anyone?), the technology has to be done right, and here, it is.

Dallas, Texas: home to Texas Instruments and Ross Perot’s Electronic Data Systems. The Reagan-era tech bonafides are certainly met with this setting. There are definitely some thick accents and big hair, but not too much; it’s produced by Hollywood, after all. The ugly truth is, it’s actually filmed in Atlanta. But hey, close enough! Head man John Bosworth (Toby Huss) is the representative book-wearing good-ol’-boy who peppers his speech with sayings like, "Time comes when you gotta grab your balls and jump!” This ain’t New York City, y’all. 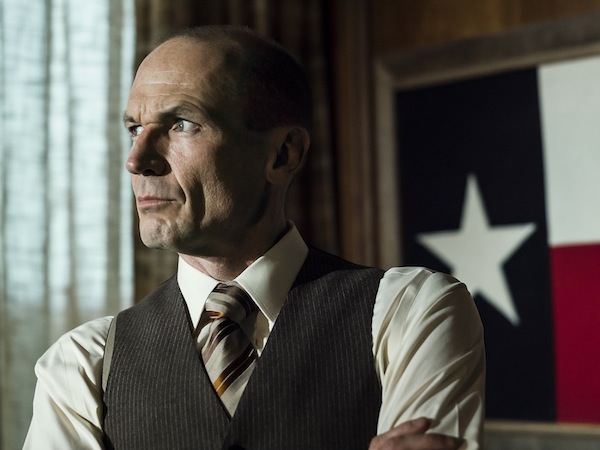 I’ve pulled a Vanessa Williams here and saved the best for last. The secret gem of this series is the music. Halt and Catch Fire has the most superbly curated soundtrack I’ve ever heard on a television show. Each character has been given a genre that both matches them perfectly and reflects the time in which they live. (You can listen to character-specific playlists on Spotify.) Joe with his skinny ties and perfect hair gets Tangerine Dream and Gary Numan. Bosworth is accompanied by Mickey Gilley and Waylon Jennings. Cameron’s soundtrack exudes punk street cred. Her Walkman blares a world of Richard Hell and Minor Threat. This stuff just doesn’t end up on mainstream television. It’s a weekly tour de force of non-radio non-hits.

All of this may not be enough to save Halt and Catch Fire. Its ratings have thus far been poor, and AMC makes it hard to catch up, only providing the last episode On Demand. While the HBO comedy Silicon Valley proved people will watch a show based around technology, this trip back in time might not have what it takes to attract a big enough audience to keep it on the air. But it’s doing enough things right to be given a shot.