'Eggshells' Is an Austin Time Capsule

Dateline: Austin, Texas, 1968 (back before this town would become a filmmaking capital and years before Tobe Hooper would would break through with his 1974 landmark, filmed-around-Austin, horror epic, The Texas Chainsaw Massacre). First came Eggshells, which Hooper made in 1968. 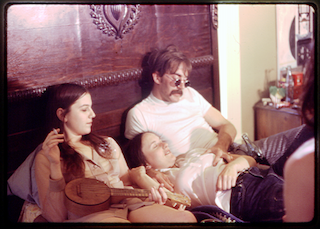 Before making Chainsaw – the horror film that still scares people silly four decades after its initial release – Tobe Hooper had to crack some Eggshells. Long considered lost, Eggshells was rediscovered, restored, and and re-released. The restoration debuted at the SXSW Film Festival 2009. Austin Chronicle Editor -in-Chief Louis Black spearheaded the hunt, executive-produced the restoration, and wrote about it in "Found Film," which is reprinted below the trailer.

The Austin Film Society is screening Eggshells on Tuesday, July 8, 7:30pm, at the Marchesa Hall & Theatre. Tobe Hooper and Louis Black will be in attendance for a post-screening Q&A. Tickets for this rare time capsule and film relic are available at www.austinfilm.org. 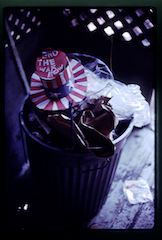 
Tobe Hooper's first film, Eggshells, released a half decade before The Texas Chainsaw Massacre, has long been considered a lost film, with there being little hope that a print would surface. The film has attracted attention because it is Tobe Hooper's first film, as well as that of his co-writer, Kim Henkel, and because, by all accounts, it is very much a slice of life and rare record of Austin circa 1968. Against all odds, a print has surfaced. Eggshells will be shown for probably the first time in close to four decades at the South by Southwest Film Festival 09.

In 1974 The Texas Chainsaw Massacre was released. The film had a profound impact on most future horror films, though that statement is often misinterpreted to mean that the film featured unprecedented violence and gore. In point of fact, it didn't, and its influence was in different directions. George Romero's Night of the Living Dead, released in 1968, was much gorier and more violent, as was Wes Craven's The Last House on the Left, released in 1972. By 1974, Herschell Gordon Lewis had released Blood Feast (1963), Two Thousand Maniacs! (1964), and Color Me Blood Red (1965), among other films. Given the time they were released, it is still hard to tell how gory Lewis' films were perceived to be; they seemed to me, having come to them much later, as comic as horrifying, with such an excess of fake blood and two-dimensional gore. But had I seen them at the time, who knows how I would have reacted? It was probably 1969 or 1970 when I saw Night of the Living Dead, which freaked me out more than any film I had seen previously.

Innovative or unusually manipulative point of view – what the camera sees and how and when it sees it – is often the deciding factor as to the power of imagination, both the filmmaker's and the audience's, in creating tension/terror in a horror film. Horror film masterpieces almost invariably boast brilliant points of view as one of their determining characteristics. Robert Wise's The Haunting, released in 1963, has almost no gore but is a powerfully terrifying film (not to be confused with the mediocre remake). Well into the early 1980s, I would program it in different film series. In many ways the film had dated so that audiences would start out laughing at it. Wise's use of POV and overall mise-en-scène, though, always had them screaming at the end.

In classic Hitchcock the terror almost always came more from the way scenes are constructed than from gore. The perfect example is the shower scene in Psycho, where the editing creates an overwhelming visceral reaction to the point where many people over the years insisted to me that the scene was in color, with the blood going down the drain at the end being bright red. The film is in black and white.

Part of the genius of Jonathan Demme's The Silence of the Lambs is his use of remarkable point-of-view shots. He creates a disorienting visual poetry through POV and editing.

Many people remember The Texas Chainsaw Massacre, as said above, as being far more violent and gory than what is actually shown in the film. The film's brilliance and influence lie in the way that Tobe Hooper begins to evoke a sense of tension in the audience from close to the very beginning (the title certainly aiding in this effort), a tension that ratchets up and up as the film progresses. Some of the most horrifying shots or terrifying moments have much more to do with cinema than with gore or violence. The film is a masterpiece of manipulation through camera movement, sound, POV, the set, the actors, and editing. Bees buzzing in a hive are as scary as the money shot in other gore films. Robert Burns' furniture and wall dressings in the house are beyond unsettling. Almost languid tracking shots end up evoking fear in just their pacing. Once the actual horror kicks in, one is far more upset by POV and camera movements than even Leatherface swinging his chainsaw. Four years after Chainsaw, John Carpenter upped the ante in Halloween (1978), where the horror could be anywhere and was everywhere, but he had the advantage of using a Steadicam.

There were many extraordinary talents that worked on Chainsaw, including cinematographer Daniel Pearl; Hooper's co-writer, Kim Henkel; art and production designer Robert Burns; and Wayne Bell doing sound. Even though, in so many ways, it is clearly a director's movie in that all the elements are used to build tension and create horror. Hooper's talent has always been clear, but just how much of the film was his vision and how much was his coordinating others' contributions has never been readily apparent. Eggshells illuminates that Hooper's vision and sense of cinema were in place long before Chainsaw.

Eggshells makes explicit what many have long assumed – that Hooper's sense of cinema is the defining characteristic that makes Chainsaw great. Eggshells is a true 1968 film, psychedelic and political; it seems clear that Hooper had watched more than a film or two by Jean-Luc Godard. The film celebrates alternative lifestyles and politics and people and an odd, kinky semimysticism that is grounded more in humor than the supernatural. It captures what Austin looked like in the Sixties as well as the political sensibility shared by so many at the time.

As a period piece and/or as a psychedelic film and/or as a first effort by a gifted director, the film is well worth watching. But there is something more going on. Throughout Eggshells are the kinds of telltale camera movements, manipulations of POV, casually intricate cutting, and scenes that are mystifying and haunted, elements that all come to fruition in Chainsaw, where they harmoniously work together to create that horror film masterpiece.

The film is even more cinematic than one might expect. There are moments of classic psychedelic cutting and colors. Hooper's sense of odd humor, especially used as an unusual punctuation mark, is very evident. Eggshells above all else is fun to watch.

In the pages of the Chronicle, a number of us on rare occasions cite Ed Lowry, one of the Chronicle's founders and the head of CinemaTexas, who was in so many ways, though only a fellow graduate student, our most important teacher when we were graduate students in the Radio-Television-Film Department at the University of Texas. Ed died in 1985. Over the years we've all missed him a surprising amount of the time. Over the years, however, after viewing some truly unique and/or powerful and/or idiosyncratic and/or historically important film, I miss Ed in the way an amputee misses a limb. I miss him because I want to talk to him, but I also need to talk to him, but usually, most of all, because I know how much he would love the film in question. If ever there were an Ed Lowry film in my life, Eggshells is it.

SXSW: Restoring the 'Texas Chain Saw Massacre'
40 years on, Tobe Hooper talks about the movie that shocked the world