Production news, plus early brushes with 'Guardians of the Galaxy'

The Hill Country is alive with the sound of cameras rolling. Production news is in this week’s edition of Film Flam. 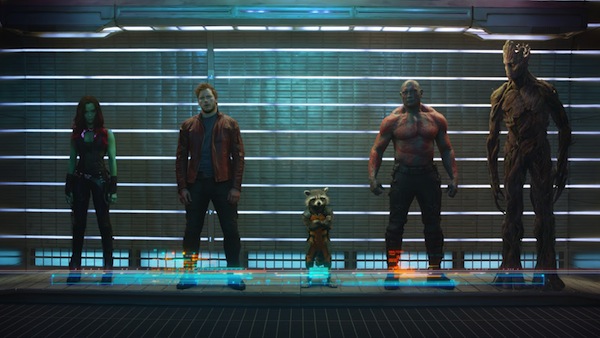 If you were wondering what the story was behind the Austin Film Society’s back-to-back big gets this week – a Moviemaker Dialogue with Kevin Corrigan on Monday, a special screening of The Rover with Guy Pearce on Tuesday – a Playlist post last week sheds some light on why the two actors might be in Austin: Both have been cast in Andrew Bujalski’s new movie. Details are limited (and some of the story’s corroborating evidence – an Instagram photo, a Craigslist casting call – have since disappeared from the web), but the story reports the cast also includes Cobie Smulders, Constance Zimmer, Giovanni Ribisi, Brooklyn Decker, Anthony Michael Hall, and Tishuan Scott.

• Local production company Phame Factory is currently in production on the horror film Flay, described as “a contemporary retelling of a Japanese and Native American folklore figure that ‘Flays’ the face of his victims and who has a striking resemblance to Slender Man.” Eric Pham directs, and the cast includes Phantasm series mainstay Michael Baldwin.

• PBS’ long-running, weirdly addictive Antiques Roadshow rolls into town tomorrow, the first time the appraisal show has taped in Austin since 2000. Tickets are long gone to the Convention Center event, so you’ll have to wait until Season 19, airing in 2015, to check out the three Austin-based episodes.

• Finally, Nathan Heller’s engrossing profile of Richard Linklater in this week’s issue of The New Yorker teased not one but two potential upcoming features for the Austin-based writer/director. Heller writes:

“Linklater is going into production on a film this autumn, but he’s not yet sure what it will be. There are two options. One is ‘Larry’s Kidney,’ which he adapted from the eccentric memoir by Daniel Asa Rose. Will Ferrell and Zach Galifianakis have agreed to be in it. His other production-ready screenplay is what he calls his ‘college comedy,’ set on campus, during his own college years. ... He envisions his college comedy as the spiritual sequel to ‘Dazed and Confused’ and ‘Boyhood.’” – “Moment to Moment,” June 30, 2014 [registration required]

Linklater’s latest film, Boyhood, opens in Austin on July 18. A limited number of tickets are still available to the Austin Film Society’s preview screening on July 13, with Linklater and stars Patricia Arquette and Ellar Coltrane in attendance.

Up until about an hour ago, we’d never even heard of the Capital City Comic Con – takes place July 11-13 at the Palmer Events Center – but we’re tempted to show up now just to check out the Guardians of the Galaxy booth, where you can get green-screen yourself into the action alongside Rocket the raccoon.

Need a sneak even sooner? Marvel Studios announced today that 17 minutes of the upcoming James Gunn film will be shown at select IMAX theatres, including Austin’s Regal Gateway, on July 7; tickets available here. Guardians of the Galaxy opens nationwide on Aug. 1.

Hit us up at filmflam@austinchronicle.com.