How We Watch – and Who's Watching Us

“Ratings determine if you get into a good college or end up living in your parents’ basement.” 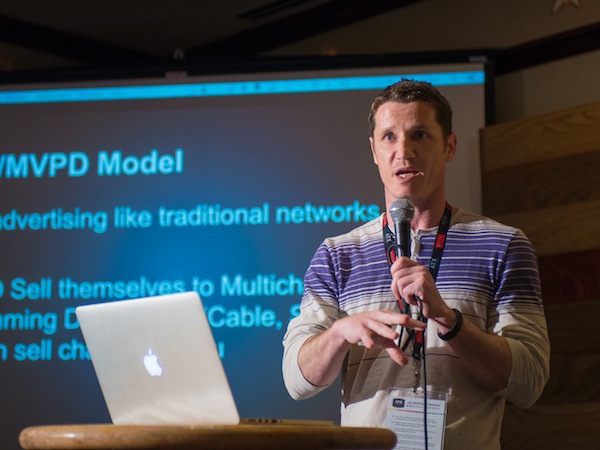 If anybody has a legitimate axe to grind with network television’s reliance on ratings, it’s Kyle Killen, but the self-described “veteran of shows that get cancelled in the first season” (Lone Star, Awake) opted instead to deliver a bitter-free, cogent lay of the land at Friday’ ATX Television Fest panel Ratings, Recaps, Reviews.

Killen opened the panel with a funny and instructive PowerPoint presentation that explained the traditional advertising’s rule of order on broadcast TV versus the subscriber model of premium cable; the diminishing usefulness of Nielsen’s “people meter” and its issued-daily viewership reports (“someone celebrates, and someone jumps out a window”); and the rise of alternative ratings systems, like Rentrak, Comscore, Tivo, and TNS, with their highly specific datamining capabilities (“they know things about you that are scary,” he cracked).

After his presentation, Killen segued into moderator-mode, introducing what he called the Curators– “the tastemakers destined to become our masters” – four widely read and very influential TV critics: Tara Ariano (Previously.TV and a founder of the now-shuttered Television Without Pity, a pioneer in the now-ubiquitous recap format), Alan Sepinwall (HitFix), Matt Zoller Seitz (New York Magazine, RogerEbert.com), and Todd VanDerWerff (A.V. Club). 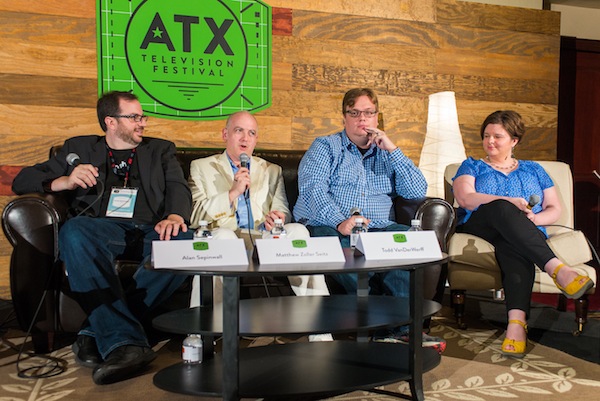 Killen’s first question was to ask why TV critics assign stars, a reductive act that would be unthinkable for a fine art critic. VanDerWerff shrugged, “I think the majority of Americans view film and TV as product” and there’s an expectation that the TV critic will answer for the reader “‘should i consume?’” Still, Seitz slyly smiled, “I have to admit, sometimes I will add or subtract half a star just to freak people out.”

They talked some about the overcrowded landscape – 200 dramas across 35 networks (Seitz: “I feel like I’m at a pie-eating contest and people keep bringing me more pies” – the strains of weekly recapping and the race to post first. Seitz said, “One thing everyone who does this has learned: You cannot beat Alan Sepinwall.” Sepinwall demurred: “I took a typing class in 9th grade, and that’s the only thing I retained from high school.”

They spoke about the shows they watch just fun – Sepinwall favors Comedy Central shows like Inside Amy Schumer, Seitz named FOX comedy Bob’s Burgers, VanDerWerff said he loved to watch New Girl with his wife (his batted-lashes description of Jake Johnson as his “dream guy” was priceless), and Ariano cited Hannibal (“I don’t want to take notes, I just want to enjoy it”). NBC’s serial killer drama/thriller Hannibal got a lot of love all around, while AMC’s The Walking Dead took a major beating.

The ATX Television Fest crowd was attentive and demonstrably enthusiastic about the critics, but all of the critics admitted that they had dialed down their interaction with commenters on their various sites and on social media – too many crazies. Seitz even posted himself a permanent reminder: “I put a sticker up on my computer that says, ‘Do Not Engage.’”