Austin to Visit Other Worlds 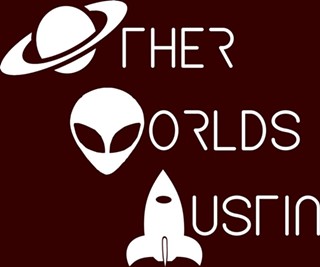 Founded by former Austin Film Festival programming director Bears Fonté, this will be Austin's first festival dedicated to all matters SF. Fonté said, “With a team of programmers who love SciFi, write SciFi, or make SciFi films, we are in this for one reason only — to put on a great festival."

With dedicated genre festivals like Fantastic Fest and Housecore Horror, plus a strong sci-fi roster at AFF and SXSW, it may seem like Austin already has plenty of screening time for movies of the extraterrestrial or extra-human. However, Fonté argues that not only is there space for another festival, but there's a real need. “There are a ton of SciFi films out there, maybe they’ve played another festival, maybe they are a bit more indie, but right now those films have nowhere to play in Austin. I want to create an outlet for those films."

The plan is for a three day gathering, running Dec. 4-6, at the Galaxy Highland. Fonté plans to show more than 10 features (41 minutes or longer), plus many of the kind of challenging and fascinating sci-fi shorts that defined his tenure at AFF.

The festival is already taking submissions for the inaugural festival. Through Oct. 1, film makers can submit either via Without a Box or directly via the festival website. There will be an audience award of $500 at the end of the festival.