Too Sinful for Hollywood

MPAA rejects poster for ‘Sin CIty: A Dame to Kill For’ 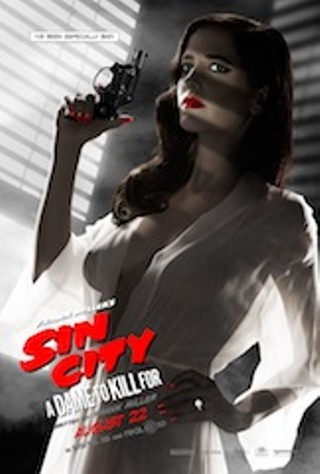 A policy of circumspection may have backfired on the Motion Picture Association of America trade group when it nixed the hot Eva Green poster for Sin City: A Dame to Kill For. The outlawed poster may arouse greater anticipation in the film, due out August 22, than there might have been otherwise.

An item in Wednesday’s “Page Six” column in The New York Post reported that actress Eva Green’s appearance in a translucent robe was rejected “for nudity,” citing as the culprits the “curve of under breast and dark nipple/areola circle visible through sheer gown.”

Robert Rodriguez and Frank Miller, who co-directed this movie sequel, have never in their various works been ones to shy away from portrayals of provocative dames and immodest femmes fatales. So is this poster just a way for the marketers to stick their toes in the water to test the currents, or a calculated volley from the filmmakers and their distributors at the promotion-savvy Weinstein Company to pique our interest in their end-of-summer release as the season gets underway? Whatever the motives, consider our curiosity aroused.

READ MORE
More Sin City: A Dame to Kill For 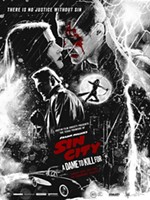