Protecting movies, one frame at a time 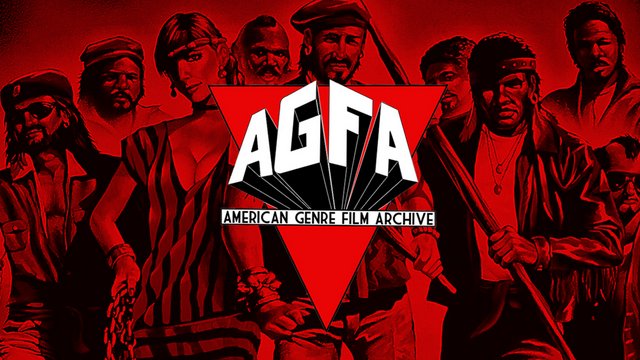 Film preservation can't just be about saving the classics. There's no risk of Citizen Kane disappearing, or even Superfly, but without real advocates, what happens to drive-in fare like Polk County Pot Plane, or oddball gems like The Visitor? That's why the American Genre Film Archive needs you.

Established in 2009 by Alamo Drafthouse founders Tim and Karrie League, AGFA was set up to provide a safe haven for thousands of forgotten films that may not make anyone's top 100 list, but don't deserve to disappear. League told us soon after AGFA opened, "It's specifically about the preservation of the type of film that we've been programming for over a decade and also the type of film that most traditional film archives aren't doing anything about."

These films were made to be watched, and AGFA gets them on screen, either through special screenings, its joyous Reel One Parties (that's where Drafthouse Films release Miami Connection was found) and its print loan program, where other cinemas and film groups can organize 35mm screenings. AGFA is already a registered charity with ongoing fundraising (you can donate via PayPal here. But this is a new program, intended to help speed up the costly process of digitizing some of these rare, lost, and often forgotten gems. After all, this isn't just about saving film as a medium – although that's part of it. This is about protecting films. As AGFA explains, "These films can be seen as frescos that are about to crumble off of walls without even having been documented. This initiative will essentially photograph these frescos so they can be seen and shared. "

It's a terrifying equation. Less than one quarter of all silent films survive, just lost to the sands of time and the disinterest of studios and distribution houses. Every year, more prints just fade away, crumble, or are lost. It's the same throughout the history of cinema, and some films are hanging on by a thread. In its collection of 3,000 plus prints, AGFA carefully guards some that are the only remaining copy of that movie. If it wasn't for the archive, they would be tossed out or, as nearly happened to hundreds of Hong Kong rarities, dumped in the Pacific.

But keeping the print isn't enough, and while AGFA remains dedicated to 35mm, it's also systematically digitizing these old films, to keep them safe. The archive has launched a special IndieGoGo campaign around one film: Craig Denney's 1975 oddity The Astrologer, an obsession in Drafthouse circles.

Find out more about the archive at www.americangenrefilm.com, and donate via their Indiegogo page. And if you need more convincing, here are some familiar faces from the Austin film scene to talk you around.