Sir Richard couldn't understand why everyone said he looked down on his servants: Gothic happenings afflict the nobility in period horror The Black Torment

There's no effect cheaper, and maybe none more effective, than opening a film in blackness with spooky sounds.

That's how 1964's The Black Torment (Redemption) begins, with the sound of pursuit on a moonless night. A British period oddity, this was released at the high point of the UK's Gothic horror revival. This was an era when 17th and 18th century bodice rippers were in high demand, and a costumier that could replicate a three cornered hat was never out of work.

At an indeterminate moment in the early 18th century, Sir Richard Fordyce (British TV actor John Turner) returns from his wedding to the new Lady Elizabeth (Heather Sears) to the family Fordyce manor. There he is greeted by his crippled father (Joseph Tomelty) and his sister-in-law from his first marriage, Diane (Ann Lynn. who appeared that year in the second Pink Panther film, A Shot in the Dark.) He's been in London for the last three months, which makes it all the more mysterious that he's being accused of vile crimes: Rape, murder, ordering a new saddle and not wanting to pay for it, and all of this supposed to have happened on the estate while he was hundreds of miles away. And then the ghost of his first wife Anne starts turning up, and that just makes everything even more awkward.

Written off in some quarters as a barely-legal revamp of Rebecca, it's disturbing in its own way, without dropping into the full gore that Hammer was indulging by this period. For a company that specialized in exploitation, Compton-Cameo seems surprisingly restrained. This is, after all, a rape horror, with Sir Richard facing accusations of a monstrous assault, murder, and even a hint of witchcraft. Underneath the sexual tinges, it's really a psychological horror as Sir Richard begins to question his own sanity.

It's almost a precursor to Roman Polanski's more disturbingly eroticized Repulsion: Coincidentally released by Compton in the UK, it quickly made the Black Torment look antiquated. And, yes, there are moments that it looks more like a dashing adventure like The Scarlet Pimpernel. There's even a sword fight in the denouement, with flashing rapiers, because, after all, this is fine Gothic, with all the trappings. It's safe to say that you'll see the twist ending coming two acts away, but it's all done with so many spectacular tropes of family secrets and day-for-night hauntings that even the insane exposition that wraps everything up is oddly charming

As a wonderfully curmudgeonly interview with director Robert Hartford-Davis explains, this was part of an effort to create a British film industry that would readily compete with its American counterparts. It's definitely not on a par with the untrammeled ghoulishness of, say Vincent Price's run for American International Pictures. It's also an erratic restoration: The greens of the English countryside seem muted and grey, as do any skin tones not in direct sunlight, but the brickwork of Fordyce manor, the chestnut of horse flesh, and the yellow burst of gorse flowers pop.

All in all, The Black Torment feels like the last gasp of an era of charming British exploitation, added surprising depth by Turner as the harried Fordyce. He gives the aristocrat a fascinating mix of arrogance and self-doubt, creating a histrionic ancestor to Mads Mikkelsen's beleaugured accused in The Hunt. As a veteran of this kind of costume drama, Turner brings a little more depth that might normally be expected to Fordyce's plight. It's also the final performance of Tomelty as the stroke-afflicted Sir Giles: Probably best known as Charles Laughton's best friend Jim Heeler from the 1954 adaptation of Hobson's Choice (or possibly the compulsory scientist from that year's Devil Girl From Mars), he was a skilled and respected stage actor and playwright before heading to the cinema. Crippled and mute, he gives the old man a sense of hidden tragedy. Some of the film's most gloriously excessive moments come from his glistening-lipped moments of despair. 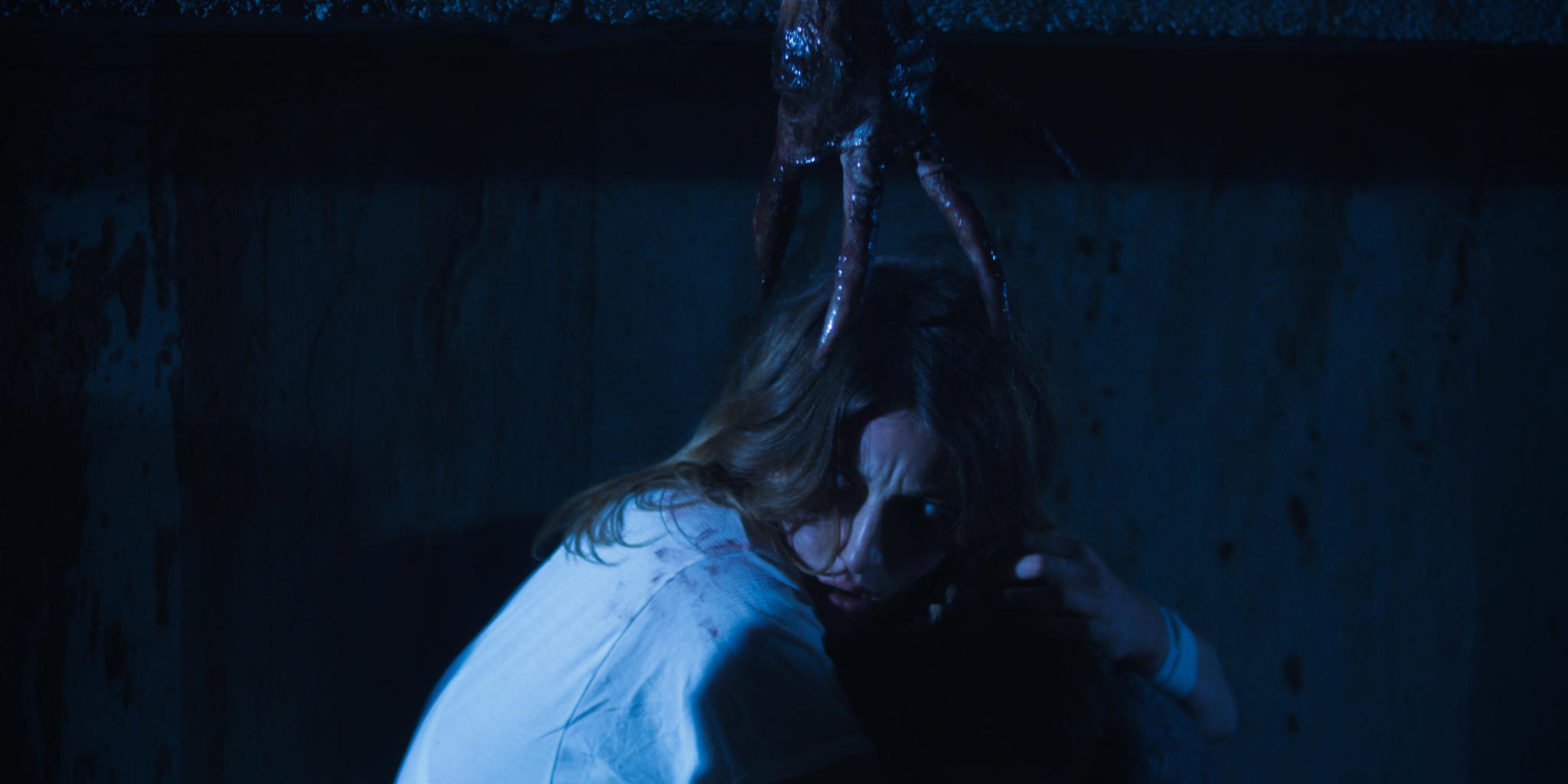 Iiiiiit's behind you. And above you. Monsters abound in Dead Shadows

The Black Torment at least plays some games with the notion that there's a prosaic explanation of all its weirdness. Dead Shadows makes it clear that we're in for a night of one of horror cinema's favorite lunatic concepts: Comet madness!

Yes, Halley's Comet is heading for Earth, and the population of Paris is getting ready for a massive party. Well, everyone except Chris (Fabian Wolfrom), a tech support specialist and harcore gamer whose parents died in a bizarre murder-suicide last time the comet was in site. Now whatever madness affected them seems to be driving the entire population of the City of Lights to debauchery, mayhem and mutation. Meanwhile Chris gets fascinated by his (conveniently) newly single neighbor Claire (Blandine Marmigère) just as everything starts to get tentacular.

Perched somewhere between the sci-fi-meets-urban-grit intensity of Attack the Block and the monster madness of Grabbers, it ends up closer to the mad-sad-mad discordant meldings of Yoshihiro Nishimura (Tokyo Gore Police, Vampire Girl vs. Frankenstein Girl), although nowhere near as unmissable. It's erratic in its tone, but when the crazy kicks in, it's surprisingly fun. Barely cracking an hour and working around its low-budget restrictions, it takes almost exactly half its run time to find the gore button, but when it does, it's surprisingly creative. Melting faces, prehensile penises and some unexplained redesigns of the human form.

As an existentialist Skyline, it's not bad. There are the inklings of some good ideas in here, and the monster designs are pretty creative. It's just a shame that Chris is such a wet blanket, and that it's his sword-wielding neighbor John (Canadian actor John Fallon) who looks most likely slash his way out of the apocalypse.