Kickstart Your Weekend: 'An American in Texas'

New drama could be the Iraq war's "American Grafitti" 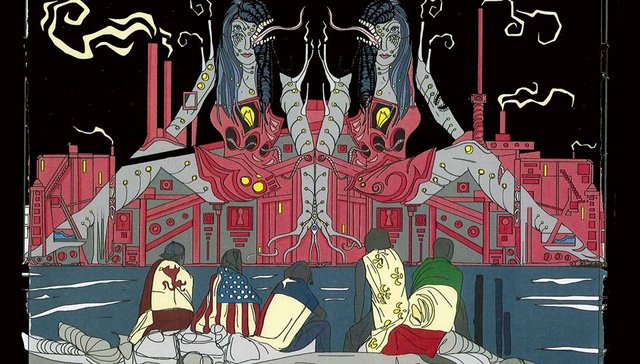 The history of American cinema is filled with movies that put a popular context on the impact of the Vietnam war. Now filmmaker Anthony Pedone wants to give the 1990 invasion of Iraq its own American Grafitti with his new project, An American in Texas.

Locally, Pedone is probably best known as the founder of RxSM: The Self-Medicated Film Festival, but he's also executive director of the Victoria Independent Film Festival, and he created some festival buzz with his experimental debut The Why.

Now he's reuniting with his The Why co-director Stephen Floyd for this new narrative feature, which they describe as "the story of lifelong friends as they reach the cusp of adulthood and must decide between the hollow values of corporate war mongering and careerism; or the narrow way of individualism and freedom. A story of youth's desire to carve out a life outside of conformity and marketed patriotism."

Floyd and Pedone are funding the project via Rockethub.com. They're already just over a quarter of the way to reaching their $50,000 goal, with 10 weeks to go. Find out more about the movie at www.anamericanintexas.com.