Ten years ago today, a little movie called Mean Girls came out – and it was awesome. 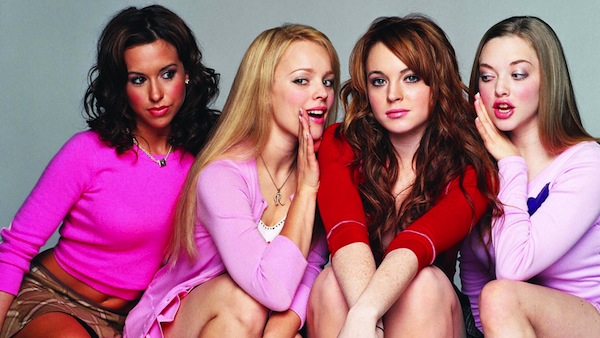 Every time I mention this factoid to someone, the outcome is always the same – an expression of disbelief and confusion. Has it really been 10 years already since the formerly home-schooled Cady (Lindsay Lohan) first went to public school, met “the Plastics,” and navigated the perilous journey of boys, parties, and social hierarchy? Yes – but 10 years has done nothing to dull the film's influence or appeal.

Pick a quote from this now-classic and anyone of a certain age would be able to complete it – “I wish we could all get along like we used to in middle school...” or “But you’re, like, really pretty…” – followed by another minute of gushing about how great the movie is. (However, some things – some ones – do change; insert Lindsey Lohan joke here.)

When Mean Girls first came out in April of 2004, I was 13, with junior high on the cusp of ending and the doom of high school still looming. I first the saw the movie with my mom (only do this if you have a cool mom, not one of those regular moms), and it was painfully awkward but enjoyable nonetheless. Imagine watching the frisky “Jingle Bell Rock” dance or any scene with the dreamy Aaron Samuels (Jonathan Bennett) with your über conservative mom; needless to say, the drive home was silent and uncomfortable.

At 13, I wasn’t naïve enough to believe high school would be similar to a comedy penned by Tina Fey – even if she did base her script on Rosalind Wiseman’s nonfiction book Queen Bees and Wannabes – but I was still terrified by the prospect of starting somewhere new, where people are awful to you because they could be.

Mean Girls offers more than teen angst and drama; it strives for a positive outlook. The film taught me that women need to support each other and that respect is the key to any relationship, especially the relationship you have with yourself. Most importantly, it taught me to embrace my uniqueness and individuality, which is one of the hardest things to do when you are a South Asian teenage girl in a school that is predominantly white and everything about you screams peculiar. You just gotta be brave. Need more inspiration? Just look to Daniel Franzese, the Mean Girls actor who recently wrote a moving coming-out letter to his MG character, openly gay Damian.

And what a fitting coincidence that the ten-year anniversary falls on a Wednesday. We all know what that means, right? “On Wednesdays we wear pink.” This Wednesday, I’m wearing pink for Mean Girls.