FX guru on 'The Walking Dead' to 'From Dusk Till Dawn' 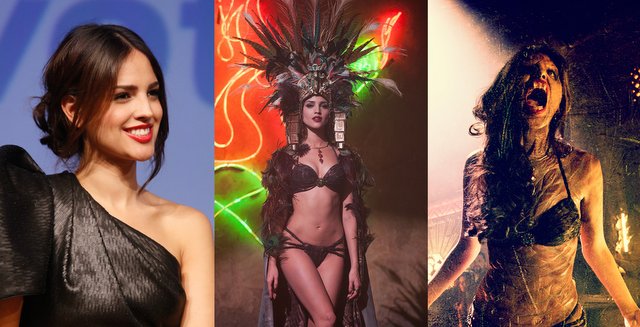 The many faces of Eiza González as Santánico Pandemonium in From Dusk Till Dawn. Guess which version is the work of FX icon Greg Nicotero. (Image courtesy of El Rey Network)

The practical FX guru is one of Rodriguez's most regular Troublemakers. Nicotero said, "We were born at the beginning of time, and we've collaborated, gah, I have it written down, either 18 or 20 films together." Well, technically, the pair met on Four Rooms, but one of their first high profile collaborations was the original 1995 film of From Dusk. Now they're re-united for the TV adaptation. Nicotero said, "This is the first time I've ever had an opportunity to re-imagine a film that I've worked on." It was clearly a better option than leaving it to anyone else. "They're going to get a point where they're going to remake films that I'd worked on, and that's weird."

While Nicotero made his reputation as a film FX guy, more recently he's become a household name for his astounding, gruesome and grisly depictions of another form of the undead: The Walking Dead's eponymous zombies. Weird coincidence time. Back in 1995, when Nicotero was headed to the set of the original film, he was coming from another, very different project called The Walking Dead. He said, "It was a movie about an African-American unit and their trails and tribulations as they made their way through Viet Nam." And now that long-forgotten title has re-emerged in the shadow of the new From Dusk. Nicotero said, "As soon as we have our mid-season premier, that film turns up on cable."

With season two of From Dusk confirmed, and The Walking Dead a seeming cable fixture, Nicotero will be spending a lot of time bouncing between Texas and Georgia. He should already used to it: Primary shooting on another Rodriguez collaboration, Sin City: A Dame to Kill For, finished in early 2013, then Nicotero went straight over to work on The Walking Dead before returning to Austin to start prep work on From Dusk. In fact, he said, "the same make-up team that worked on Walking Dead went down to Austin. … I got a chance to direct a couple of days and hang out, it was a blast." It also meant that Nicotero had more experience dealing with the accelerated schedule of TV production. He said, "With Walking Dead, I've had four years of being able to work in an environment with a short prep time."

Returning to Rodriguez's East Austin studio complex has given Nicotero a rare opportunity: "Who doesn't want to go back and work on characters they came up with?" he said. Back in 1995, the design aesthetic for From Dusk's OVs (original vampires) was based on a cartoony sketch by Rodriguez of co-star and scripter Quentin Tarantino. Nicotero recalled, "It was like the steroid version of Quentin with fangs and a giant forehead and a giant chin." That sketch was the beginning of what Nicotero called "a fantastic shorthand together in terms of how we collaborate." Both men are skilled designers and experts in Photoshop, so Nicotero would work on a sketch, forward it to Robert "Then he'll do some revisions and fire them back, and then I'll do a little revision and send it back, so in the space of an hours there could be 15 designs flowing back between he and I."

This time around, Rodriguez is putting a lot more emphasis on these being, not just vampires from Mexico, but Mexican vampires. The Mezo-American aspects were present in the film, but this time "Robert had a lot more of a fantastic back story." The biggest design change was that the vampires were more clearly based on snakes than bats. Nicotero promised the designs will become more bizarre and twisted as the series progresses, and said, "We were able to push it pretty far, with the contact lenses and the clear rattle snake fangs."

From Dusk Till Dawn episode 1.7, Pandemonium, debuts April 29, on the El Rey Network at 8pm Central. For more on the show, read our set visit report with Zane Holtz and Robert Rodriguez, and our interviews with director Eduardo Sanchez and star Jake Busey.

A Look at Lakeline
Behind the screens at the newest, biggest Alamo Drafthouse 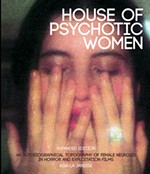