Hammering 'The Quiet Ones' 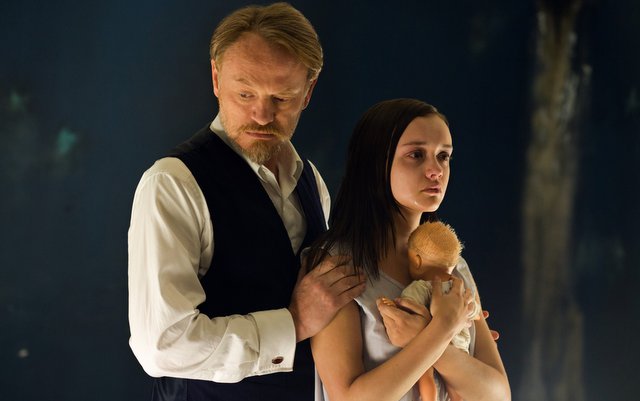 "He really has the creative acting chops that Christopher Lee and Peter Cushing had." The Quiet Ones director John Pogue on his star, Jared Harris (with co-star Olivia Cooke)

When it comes to horror, there aren't many movie studios whose name alone chills the blood. Universal and its monsters. Troma's splatter. But riding above all, on black wings of terror, is Hammer. That's a lot legacy for director John Pogue to carry with his new film The Quiet Ones. "It was daunting but exciting," he said.

The Quiet Ones is in the Hammer vein of witchcraft and demonic possession movies like The Witches and The Devil Rides Out, but with the added 70s obsessions of Kirlian photography and the real life Philip Experiment, in which Canadian researchers attempted to fabricate their own ghost. The supernatural thriller, which opens today, pits 1970s Oxford academic Professor Coupland (Jared Harris) and his researchers against the ills troubling young Jane Harper (Olivia Cooke.) Coupland, ever the scientist, believes that the paranormal phenomena plaguing the young woman is not supernatural, but instead just trauma expressed as telekinesis, and that the 'entity' can be cut out like a tumor. When he is forced to relocate his treatment from the city to a crumbling, remote, rural mansion, Harper's invisible friend Evey tests his theorems with more than just a bump in the night.

Pogue had been looking for a way to work with the resurrected studio for a while, when this script came across his desk two and a half years ago. "It meant quite a bit to me," he said. "As a director, I'm obviously very familiar with Hammer's legacy, and always admired the audacity and sense of fun, adventure and flair that Hammer brought to their movies. So when the script came across my desk, I gave it extra attention. At the same time, it raises the stakes in a way, because you are obviously becoming part of a legacy and have to earn that, and have your movie hopefully take its place next to these other great movies."

There's a lot more to Hammer than just Dracula and Frankenstein. Founded in 1934, the British studio's first release was actually a comedy, The Public Life of Henry the Ninth. For two decades, they produced a mix of thrillers and police procedurals, before re-inventing the horror genre in 1955 with the supernatural/superscience The Quatermass Xperiment. Then came the era of classic Hammer, beginning in 1957 with Peter Cushing and Christopher Lee in The Curse of Frankenstein, and creeping back into the crypt 19 years later with To The Devil a Daughter. The name was resurrected in 2008 with web series Beyond the Rave, before returning to the silver screen with vampire skincrawler Let Me In.

Pogue described the studio's guidance to him on keeping the Hammer spirit as "more of a thematic landscape, where they said 'we are reinventing or continuing the process of re-inventing Hammer for the modern era, while continuing to incorporate the elements of Hammer we like. Pogue admitted that it was a tough balancing act, but he was helped by watching another neo-Hammer production, Daniel Radcliffe's post-Potter chiller, The Woman in Black. He said, "They took a familiar story, at least in England, and tweaked it for the modern era."

One of the more contemporary components was the addition of found footage in some scenes, as cameraman Brian (Sam Claflin, The Hunger Games) chronicles the professor's attempts to 'cure' Jane. Those elements were in the original script, Pogue explained: "The question was how would I integrate them?"

The key was to establish a visual primer in the first act, switching between the full screen omniscient narrative, and Brain's limited viewpoint through the lens of his 16mm camera. "A lot of time and a lot of effort was put into the strategy," said Pogue. "It could go negative, and kick your out of the narrative, or it could immerse you, so the audience would think that their point of view and Sam's point of view are merging."

But not everything is new. Coupland is a classic Hammer character, the fusty but passionate academic who believes that science can tame the supernatural. Familiar to American audiences as either the secret villainous mastermind of Fringe, or the tragic Lane Pryce of Mad Men, Pogue said Harris "brought an incredible amount of energy and creative passion to the role. When he became involved, he and I worked hard on finessing his character, and push it away from tropism and into fresh fresh territory." That inspired the rest of cast and, Pogue admits, even the director. "It was like adding a catalyst into the mix. He really has the creative acting chops that Christopher Lee and Peter Cushing had."

The Quiet Ones in Austin Friday, April 25. For review and showtimes, see Film Listings. 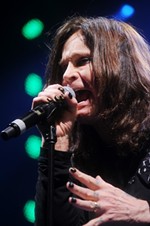