The Damage Before the Blue Ruin 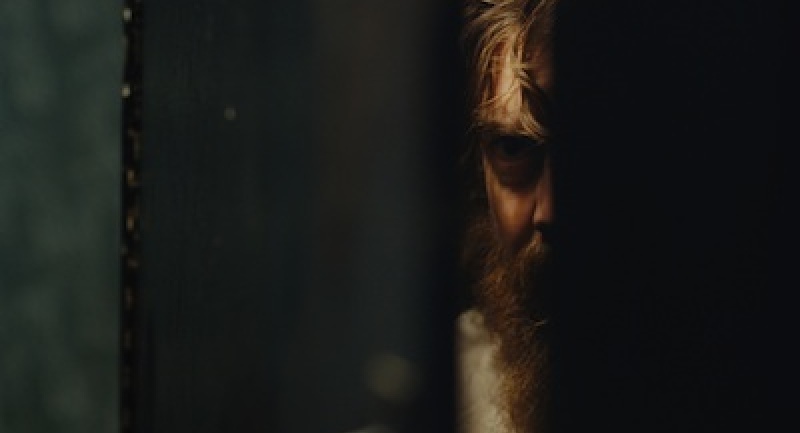 "This is a guy that's in the wrong movie, and he's not prepared to deal with all these people coming at him with guns." Macon Blair on Dwight, the unlikely revenge hero of Blue Ruin.

Remember that old saying about an eye for an eye leaving the whole world blind? When noir revenge thriller Blue Ruin opens, the eyes are already gone, and the story is of the blind gouging each other deeper and more brutally. Star Macon Blair said, "It's about not thinking through the consequences of your actions."

Blue Ruin, which is released on VOD this weekend and opens as part of the Drafthouse Recommends series, is part of a mini-resurgence in true film noir. That doesn't mean fedoras and tommy guns. As Film Noir Foundation president Eddie Muller explains, "It's a certain story where the reader can empathize with characters who are bad, who are doing something that's bad." That's the theme in the upcoming adaptation of Joe Lansdale's Cold in July (directed by We Are What We Are's Jim Mickle and starring Michael C. Hall) and lo-fi Texas thriller We Gotta Get Out of This Place. But if there was ever a perfect example of a good man doing bad things for the right and wrong reasons, it's Blue Ruin's Dwight.

Dwight. No action hero was ever called Dwight. And Dwight is no action hero. He's a homeless shell of a man, living on the beach, passive, destitute and clearly emotionally damaged. But he's also driven to a single act of revenge-fueled violence. Blair said, "A big influence was this whole noir idea about a weak man making bad decisions, and getting himself into a worse position than he already was in."

Dwight is no Charles Bronson. Then again, Blair is scarcely the traditional action hero. Mild mannered, charming, and far from chiseled, he makes Dwight the least likely vigilante ever. "That was exactly the point," he said. "This is a guy that's in the wrong movie, and he's not prepared to deal with all these people coming at him with guns."

Blair joined the project because of writer, director and old friend Jeremy Saulnier. The pair have known each other for two decades, with Blair headlining Saulnier's 2007 directorial debut, horror comedy Murder Party. Since then, they had been working on a series of scripts that turned out to be too expensive, until Saulnier started writing what would become Blue Ruin as a very different vehicle for Blair. "Originally, it was going to be a comedy, but then he told me, 'we're going to do it as a revenge movie."

From First Blood to Hobo With a Shotgun, the conceit of the destitute drifter who suddenly becomes a killing machine is a cinema standard. What makes it more disturbing is that the revenger is so broken. There's a pastoral softness in Blair's brown eyes that transmits Dwight's trauma: So for Saulnier and Blair, it was vital that there was never a moment when he suddenly throws off his rags and becomes a muscle-bound commando with the strategic brain of a Patton. He is who he is: A slight, broken man with an obsession. Blair said, "We live in New York now, and like any big city there's a big homeless population. I've met them and I've done work with them, and you know that there's a history, a sequence of event that lead to them being on the street." 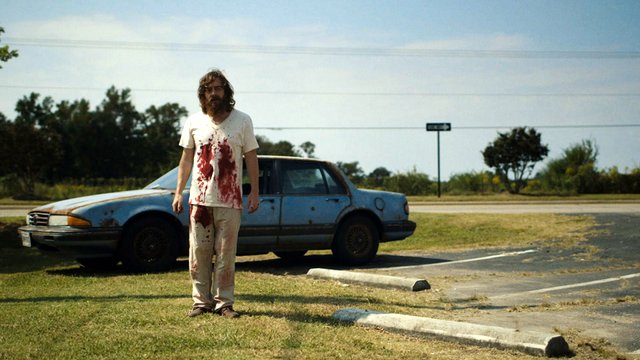 "Originally, it was going to be a comedy, but then [director Jeremy Saulnier] told me, 'we're going to do it as a revenge movie." Macon Blair as Dwight, the unlikely protagonist of revenge thriller Blue Ruin.

Saulnier's script, complimented by Blair's often wordless performance, creates a certain mystery about what exactly happened to Dwight. Blair knew, because those details were part of earlier, more exposition-heavy drafts of the script, but Saulnier decided to paint a portrait of Dwight, rather than give the audience his biography. Blair said, "His idea was to completely bury all that information and keep that exposition to a minimum and deprive the audience of that context."

Alongside the mystery, there is revenge. The classic noir plot element, a constant on the posters and in the plot/ Yet another defining aspect of noir is that it doesn't let the audience turn away. When it comes, the Violence is real and bloody and disturbing, and that's core to Blue Ruin's power: When Dwight commits an act of violence, or is subjected to one, it's disturbing. Blair said, "Part of it was very practical, that we wanted people to go and see it. We wanted to sell it as a noir thriller, and blood and gore are a part of that, but we wanted to show that it has consequences." There was a lot of back and forth over how extreme to go, but finally they chose "to not shy away from the bloodshed, and to make sure that the effects were realistic and were squirm inducing and had this weight. … Jeremy said it didn't feel right to have a straight-down-theline exploitation movie where people can get chopped up and it's fun."

Dwight may never have his cinematic transformation, but Blair's critically acclaimed performance has undoubtedly made him stand out from the crowd (during Fantastic Fest, we said he was "stunning. [Blair] owns this film) "It has been borderline embarrassing, the effusive praise loaded on the movie," he said, and even before its full release, it's starting to change his career. "I wouldn't say it's blown the doors open, but people return my emails in a way that maybe they weren't doing before."

Blue Ruin opens Thursday, April 24 at the Alamo Slaughter Lane as part of the Drafthouse Recommends series. Star Macon Blair and director Jeremy Saulnier will be in attendance for the 7pm screening on opening night for a Q&A, as well as judging a "best beard" contest. Tickets available at drafthouse.com. For review and showtimes, see Film Listings.