Exclusive: Mike Mitchell assembles the most adorable Avengers ever

If Mondo artist Mike Mitchell has a superpower, it's the ability to create solo shows without sunlight or nutrition. All he needs is a good night's rest. "That's the one thing I do. I don't eat as much, I don't do as much, I just work and sleep."

That's why this Friday sees the opening of his latest show, Mike Mitchell x Marvel x Mondo, with the local gallery's go-to profile portrait artist of the fantastic turning his brush to the House of Ideas. But he's also provided some of his chibi-style Just Like Us designs to the show, turning Marvel's greatest heroes and most sinister villains into the cutest costumed characters conceivable. 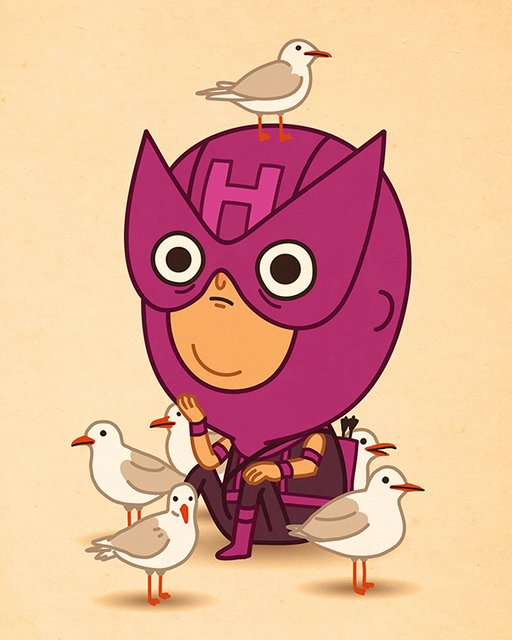 Just Like Us Hawkeye by Mike Mitchell (Courtesy of Mondo)

Mitchell is one of Mondo's most regular contributors, from their Game of Thrones show to their recent Oh My Disney extravaganza, but he's also had his own solo show, just a year ago. Now he's taking over the gallery again, courtesy of Marvel issuing a license to Mondo. He said, "As soon as I found that out, I freaked." He started working on ideas for his signature photo-realistic portrait style, and "that went from five to twenty to more than I could do, and so it became a show."

But which characters to pick? After all, there are thousands of Marvel characters, from icons like Wolverine and Captain Marvel, to lesser known but still beloved supporting characters like Gwen Stacey and The Watcher. He had to say no to some personal favorites, like Phoenix, Kitty Pryde, and Multiple Man, "but you have to stop somewhere."

Then there's the question of which version of a character to draw. Take Spider-Man: There are clones, the classic red-and-blue, the symbiote, and even the Ultimate version?Mitchell's take is pure 70s and 80s retro. He said, "For the most part, I picked characters that were more nostalgic for me. When I think of Hawkeye, I think of the old Hawkeye, not the new Hawkeye. They'll be timeless forever, even if they're considered corny. You never know if there'll change the costume again, so it will be classic."

But alongside his bigger profile pics, there will be some of his more cartoony Just Like Us sketches. Familiar to anyone that visited Mondo's Universal Monsters show, the miniaturized takes on pop culture characters were actually the subject of his first solo show, back in 1988 in Los Angeles. He said, "I had been painting a lot and looking to do something different, and I just started doing these funny little drawings." In part, it was about a change of pace. "A portrait doesn't take that long, but it's still hours of rendering. The Just Like Us, it's much easier for me to get an idea and just do it."

The 12 Just Like Us portraits for the show join the ranks of roughly 100 character caricatures he's already done, including many Marvel characters, but this team-up is providing Mitchell with some of his favorites. "Mysterio is top five, for sure." 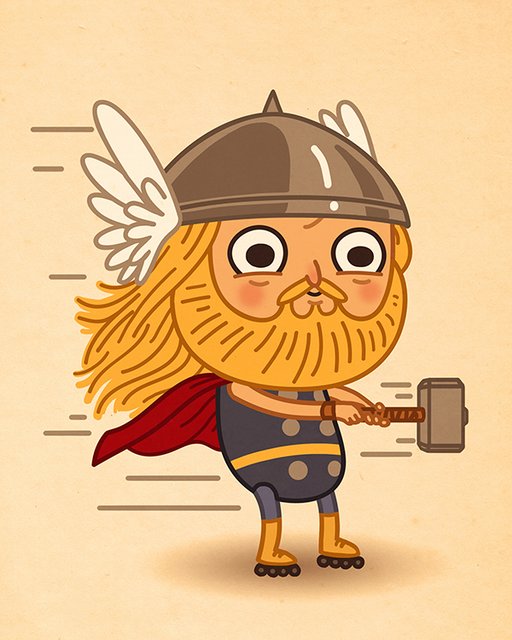 Just Like Us Thor by Mike Mitchell (Courtesy of Mondo) 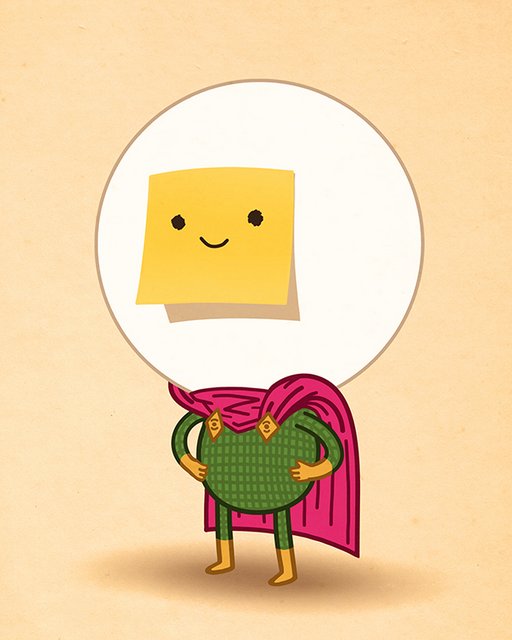 Just Like Us Mysterio by Mike Mitchell (Courtesy of Mondo) 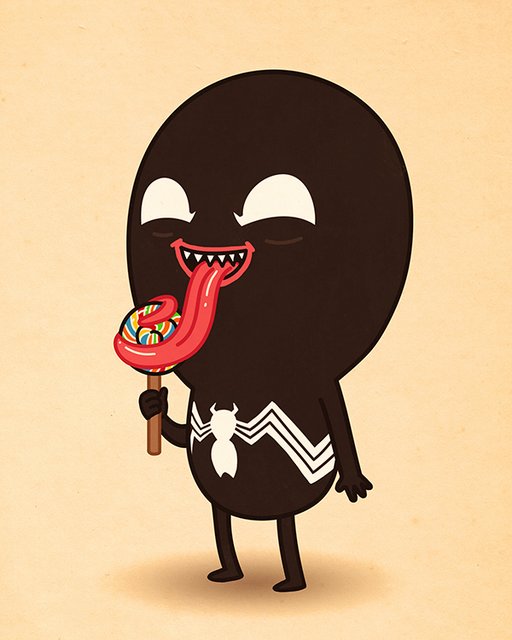 Just Like Us Venom by Mike Mitchell (Courtesy of Mondo)

Mike Mitchell x Marvel x Mondo runs April 25 to May 17 at Mondo Gallery, 4115 Guadalupe. Mitchell will be in attendance for the opening night party, 7-10pm and there also be a costume contest. More info at www.mondotees.com.