Gothamist says site wasn't getting the "attention it deserves" 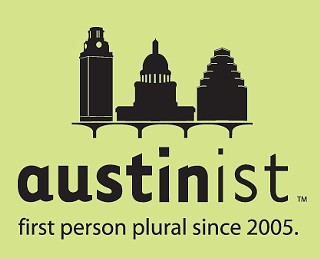 Damn near every young writer in Austin saw some semblance of their reportorial upbringing end Monday as the Austinist, an arm of the extensive, locally focused Gothamist network, announced shortly at 4pm that it was shutting its interactive doors.

“After eight years, we’ve made the decision to close the Austinist,” Gothamist CEOs Jake Dobkin and Jen Chung wrote today in a post timestamped 4:21pm. “We love Austin, but as an independent media company, our resources are limited, and as our other city sites have grown, Austinist hasn’t been getting the attention it deserves.”

Dopkin and Chung’s post came linked to a Quantcast data sheet detailing the Austinist’s struggles. Stacked against other -ist sites like DCist, SFist, and Chicagoist, Austin’s numbers appear feeble. Over the past month, only 113,856 people have visited the site. (The three aforementioned all easily eclipse 300,000.) It’s been a topsy-turvy tumble for the site, which opened in 2005 as a scrappy blog run by eventual XOXCO founder and CEO Ben Brown. Delivering both quick hit cultural news items alongside lengthy city-centric diatribes that maybe coulda-shoulda used some editing, Austinist held a steady reign atop our city’s online media market, taking home Best of Austin awards every year from 2006 through 2010 for something related to being the Best Local Website, Blog, “Urban-Development Echo Chamber,” or whatever else we could conceive to call it that particular year. Things started to shift downhill early last year, however, after Gothamist chose to “dramatically” overhaul the Austinist, eschewing thoughtful, volunteer-based contributions for shorter, more link-based posts. The change brought an end to the tenure of longstanding editor-in-chief Adam Schragin, a former Chronicle contributor, ushered in the arrival of Aleksander Chan, a former managing editor at the Daily Texan (who also contributed TV criticism to the Chronicle), and prompted a Chronicle report, penned by onetime Austinist contributor Dan Solomon, titled “What the Hell Happened at Austinist?” “We want to thank all of the editors, writers, and photographers who have contributed to the site since the beginning,” Dobkin and Chung continued. “We are grateful for the opportunity you have given us over the years. Thank you for reading!” 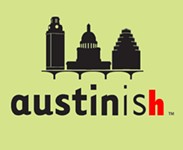