Paramount and Stateside programming heats up 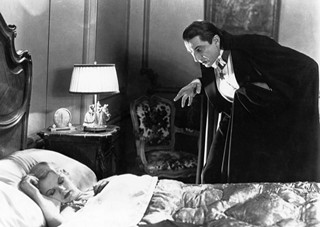 When last we spoke about the Paramount100, it was silent.

Not that we didn't have anything to say – in fact, there was plenty – but rather, the films themselves were silent. The chronological march through the history of cinema leading up to the 2015 centennial celebration of the Congress Avenue gem kicked off in January with shorts by Edison, Lumière, and D. W. Griffith, as well as A Trip to the Moon and more in a five-cent evening. We then tumbled forward through F.W. Murnau's Nosferatu, Fritz Lang's Metropolis, and everything in between, getting us to 1927.

"With this series, we're hoping to recreate all the intriguing and illuminating aspects of a Film 101 course without all the tedious parts," programmer Stephen Jannise said in the press release at the time. Well, we're moving into the second semester: the Thirties.

Talkies will take over the Paramount and State Theatres for the next two months, in 35mm and digital projection, respectively. From Dracula and Frankenstein to The Thin Man and Little Women, the beloved classics will keep coming all the way until Thursday, May 22, when 1939 favorite The Wizard of Oz celebrates its 75th anniversary as the opening night film to the Paramount Summer Classic Film Series. (We are assured the usual favorite of Casablanca will be back later on in the series.)

THE PUBLIC ENEMY (1931, 83min/b&w/35mm) Tuesday, April 8 at 7:00 p.m. at the Paramount Theatre James Cagney, Jean Harlow, and Joan Blondell. Directed by William A. Wellman. James Cagney epitomized the gangster picture tough guy in this genre-defining tale of a young man rising through the criminal ranks in Prohibition-era Chicago. Released in 1931 before censorship really took hold in Hollywood, the film is able to say and do things that would be out of the question just a few years later.

For more on the Paramount100, see "And I Would Watch 100 Films"; for more on last year's Summer Classic Film Series, see "Infinite Fest."

Fools Rush In
Annual pun-off is all full – sorta