Violet Crown Supports One of Its Own 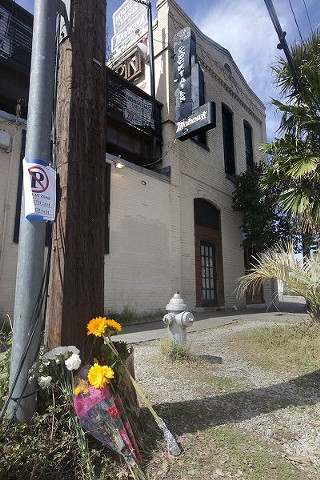 A memorial outside the Mohawk on Red River, where a tragic crash injured 22 and killed three during SXSW (Photo by Jana Birchum)

No words can fully express the collective heartbreak endured by the city after a tragic crash on Red River took the lives of three and wounded 22 others during South by Southwest.

Even fewer can convey what 29-year-old Evan West has endured: The driver of the moped struck by Rashad Owens, Evan was severely injured in that night's events, and worse still, he lost his wife, Jamie, who was riding along as his passenger. He's been hospitalized at the University Medical Center Brackenridge since then – two weeks now – and he "faces a long road to recovery," said Violet Crown Cinema owner Bill Banowsky.

Evan has been an employee of the VCC since its opening three years ago, and his work family has come together to try to help him in what ways they can. To that end, 20% of all sales this week – food, beverages, and tickets – will be donated to a recovery fund. Furthermore, patrons of VCC who wish to donate directly may do so online (the FundRazr campaign has already raised over $30,000) or in person.

The benefit runs Friday, March 28, through Thursday, April 3. For more information on the victims of the crash, on other ways to donate money or blood, or on grief counseling, visit this page. 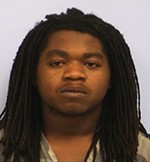 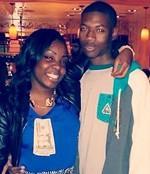