Adam Wingard follows up his hit You’re Next with a stylish love letter to Eighties and Nineties horror and action. 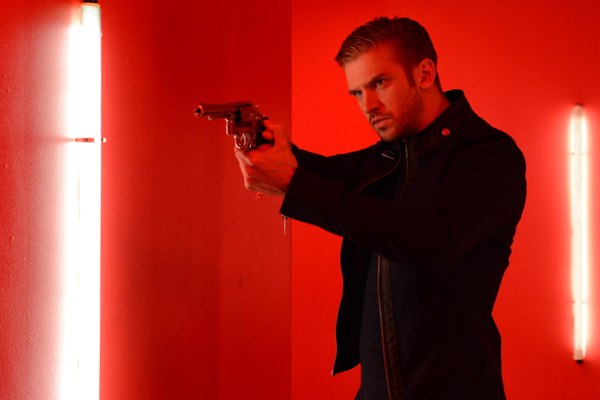 Veteran David Campbell (played by Downton Abbey’s Dan Stevens) pays a visit to the family of a (supposed) friend who died in combat. Polite and handsome, David charms his late friend’s family, and they insist he stays. But after a series of odd events, the family’s daughter, Anna (Maika Monroe), grows suspicious. She starts digging into David’s past, and his true colors surface.

Fans of the Halloween franchise will feel right at home watching The Guest. The music and the iconography more than nod to the film, and several scenes capitalize on setups used in the series. Elements from other genres emerge too − mainly that of the sleeper agent. But the film doesn’t just rehash old tropes. It has a unique style and a great sense of humor that invites the audience to share on an inside joke, but not at the expense of the film’s characterization or story. While funny, it’s not full-on parody. It maintains a level of sincerity that makes the film both engrossing and fun.

Picturehouse acquired the U.S. rights for the film, so look for The Guest to come knocking again this fall.