It's familiar territory, but Epix knows its audience

"Who are zombie fans?” zombie godfather George Romero muses in Doc of the Dead – the new documentary from Alexandre O. Philippe (The People vs. George Lucas). But a similar question could be asked of the film itself. 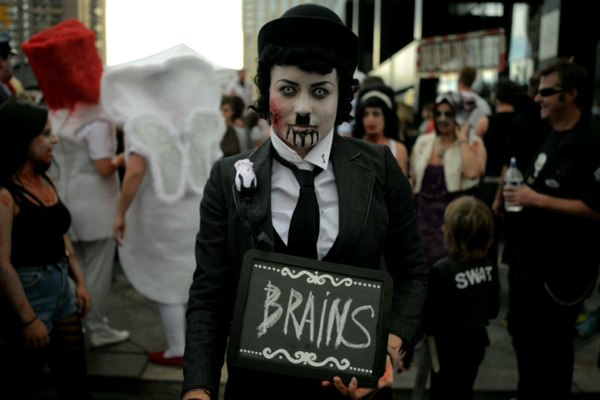 Genre fans already know most of its content. Though the contributors list is strong, if the names are familiar, you’ve likely already heard what the doc extolls. And for non-fans, though informative, the runtime is long considering the content. For example, most vignettes are funny, but some sequences, like the one discussing celebrities’ zombie apocalypse plans, are far too drawn-out.

Though not without its moments (especially the slow-moving vs. fast-moving zombie debate), overall the doc seems rote, running a familiar gamut: history, pop-psych theories, tons of movie clips, etc. It argues the uniqueness of zombie popularity, but such a trajectory is already well-traveled, with movies, TV shows, toys, 5K runs, and, eventually, made-for-TV, talking-head documentaries.

However, Epix TV network, where the doc will air, is a good home. You can do worse on stoned, post-bar Saturdays and lazy, hungover Sundays than Bruce Campbell, Return of the Living Dead clips, and great cosplay. So perhaps Epix knows exactly who the film’s fans are.

Doc of the Dead