Ever see a Joe Dante movie – maybe Gremlins or Rock ’n’ Roll High School? Or perhaps The Terminator, or Scorsese’s After Hours? If you’ve seen any of these movies … or most any Roger Corman film, then you’ve seen Dick Miller. 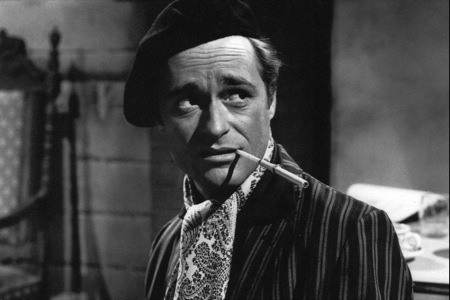 Miller is the B player who brings the verve to every movie he’s in. His presence automatically makes every film better; he’s the character actor who adds the plus to every B movie he graces. Much like dynamite backup singers in this year’s Oscar-winning doc, 20 Feet From Stardom, Miller’s the unheralded performer who elevates the whole show.

This admiring doc by Elijah Drenner, the director of previous SXSW entry American Grindhouse, is at its best when it allows the Miller and his wife Lainie (also a producer of the film) talk. Oh, there are interviews – with family members; key filmmakers like John Sayles, Jonathan Kaplan, and the aforementioned Dante and Corman; and the actors Mary Woronov, Robert Forster, Jonathan Haze, and Corey Feldman (whom Miller once scolded, “Shut up, kid. We’re trying to act here.”). You can see that Miller still smarts from his scene being cut out of Pulp Fiction by Tarantino; marvel that he came to Hollywood to be a screenwriter and still has a drawer full of unmade screenplays; admire the working actor who never says no to a part; and come away infused with Dick Miller’s words of wisdom: “Bite the monkey.”