Great chemistry and a solid screenplay make this one succeed

Animals humanizes the tragedy of addiction. 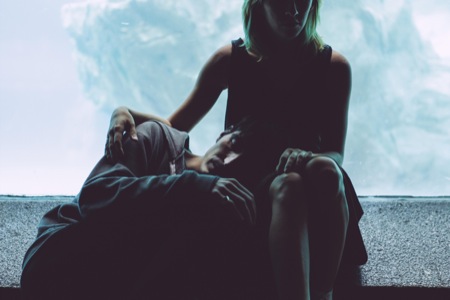 In Colin Schiffli’s directorial debut, Animals, two lovers, Jude (played by the screenwriter David Dastmalchian) and Bobbie (Kim Shaw) live in their car outside the Chicago Zoo. They spend their days supporting their heroin addictions. When one becomes hospitalized, both addicts try to face their sicknesses and save their relationship.

Animals presents an authenticity often lacking in films about drug abuse. It largely has Dastmalchin’s screenplay to thank, which, while fictional, draws on real events in his life related to addiction. The great chemistry between the two leads contributes to the screenplay’s success, and it helps differentiate this film about addicts in love from others that have come before.

The film sugarcoats nothing. But that doesn’t mean it lacks for tenderness. And it’s those tender moments between Bobbie and Jude that make the heavier scenes – the thefts, the scores, the petty arguments, the dingy bathroom stalls, the shooting up – even more tragic. Yes, the film is about heroin. But at its core, it’s also a love story about two highly relatable, flawed characters struggling to make it work. You can’t help but root for them.

For more on the unconventional love stories of SXSW Film, see our preview feature here.