If You Wear it, They Will Run

When Sujata Neidig gets ready for this weekend's Austin Marathon, she'll be doing what a lot of runners do. Hydrating, stretching – and, like an increasing number of racers, checking that all her batteries are charged.

Back when she was in high school, the younger Neidig probably wasn't expecting her older self to be a marathon runner and a member of Austin's famously dedicated Rogue Running group. "I was never an athlete growing up," she said, "But as I started getting older I wanted to get fit." Gym workouts turned into running, "but I wouldn't call myself a runner at the time. I just said I was running to keep fit." Yet last May she did the Vancouver marathon. "I thought, I'll never do another one again, it's nice to say you have it as a bucket list item, but it's amazing how quickly you get addicted to this sport." That's while she'll be at the start line in Austin this weekend.

The only problem was motivation, as doing the same thing the same way gets a little tedious. "One year my husband gave me a Garmin running watch as a present, and that helped spur me." She quickly integrated the info it recorded, such as pace and calorie consumption, into her entire regimen. "I started using this watch, not just when I'm running, but in all my work-outs."

Aside from running, Neidig is also a technologist. Starting as an engineer at race sponsors Freescale, "I really enjoyed the customer side of things and seeing what end products were being developed using our technology." She moved through product development into her current role as manager of Freescale's consumer and micro-controller business, "which means I look at what kind of applications in the consumer space are good targets for Freescale technology, and make sure that we build all the components and go talk to customers about it."

Over the last year and a half, two fields have expanded: Wearables, which Neidig describes as "devices on your body that help you improve your daily life," and consumer-user medical technologies. "There have typically been health applications and consumer applications, but consumers are starting to take control of their own fitness and health." The end result is a new market for health tech, separate to the medical idustry. "They're not insulin pumps, but rather activity trackers, being able to put something on someone and track how many steps they're taking a day, how many calories they're burning, how many hours they're sleeping at night."

What she's seeing on the market are devices that help with issues like poor sleeping and over-exertion – a big concern for athletes who burn out too early and have no gas in the tank for the rest of an event. "I've seen devices that help you with your posture. They say that sitting is the new smoking, that people are sitting at their desks all day and bad posture really impacts your overall health."

As a technologist, she looks at the running equipment as a business opportunity. "It needs to collect information about what you're doing, and then process it and give it to you so you can do something with it. All that data gets saved and sent to a website or to an app your phone, so you can view the trends and how you're doing." That kind of information is particularly important to long distance runners, who have to race smarter, not just faster. "Training for a marathon, it's not just about going out and running as many times a week as you can. You have to have different kinds of workouts, where some are about working on your endurance, some are about strength, some are just recovery workouts. The watch really helps you keep on track for what you're supposed to be doing. You're really training for a race, not just running."

It's also an area that clearly concerns Freescale, because it's potentially a huge market for them. That's why the firm recently surveyed 500 runners on what they're looking for in their wearables. It was a mixed bag, between what people use their current systems for and what they would like in the future: 74% of runners use some form of technology; 28% use smart phones for music while they run; 16% used heart monitoring; but so far only 3% are using cameras or systems like Google Glass to track their training.

Yet the big number was the 88% of those tech-users who said that the tracking and training technology – and the ability to share that info with fellow runners going through the same experiences – are what really counted. Neidig said, "Most of the folks that I'm training with, none of us are professional marathoners and none of us even a year ago would have thought of running a marathon. The technology gives you that motivation, because it gives you a goal to track to."

The Austin Marathon and Half Marathon takes place Feb. 16. More info at www.youraustinmarathon.com. 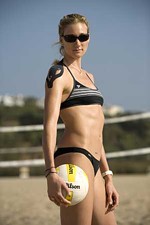