Drafthouse On the Brain and John Wayne Resurrected 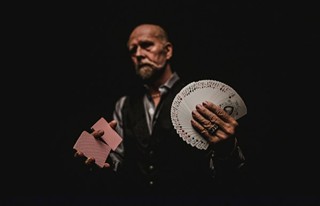 • Austinites, rejoice! Alamo Drafthouse has finally announced when the South Lamar location will reopen … sort of. The word is "Summer 2014" for now, and before we know it, we will be sipping on craft beer and praying for cooler temperatures. The theatre will feature more parking spaces and more screens.

• Speaking of Alamo Drafthouse, Drafthouse Films has acquired 2014 Sundance hit 20,000 Days on Earth. The doc follows musician Nick Cave and his artistic process. Directed by Iain Forsyth and Jane Pollard, the pair received the Best Directing award in World Cinema Documentary, as well as Best Editing. The film is set to be released later this year.

• Local writer/director Michael Tully's film Ping Pong Summer, which also made its debut at Sundance, has been picked up by Gravitas. But why wait for its theatrical release when you can catch it at South by Southwest in just a few short weeks?

• Launched in 2011, the John Wayne Film Festival will be held in Dallas this year, April 24-27. The festival will screen about 12 features, and family members of Wayne will be in attendance. The event will benefit the John Wayne Cancer Foundation.

• Austin Film Festival has announced their first round of panelists for 2014 along with the Distinguished Screenwriter Award, which goes to Jim Sheridan. His credits include My Left Foot and In America. True Detective 's Cary Fukunaga and Masters of Sex creator Michelle Ashford are both confirmed panelists.

• Dealt, a movie about Richard Turner, the greatest card magician in the world – who also happens to be blind – has started production in Austin.