SXSW Swings Into Action with 'The Amazing Spider-Man' Director 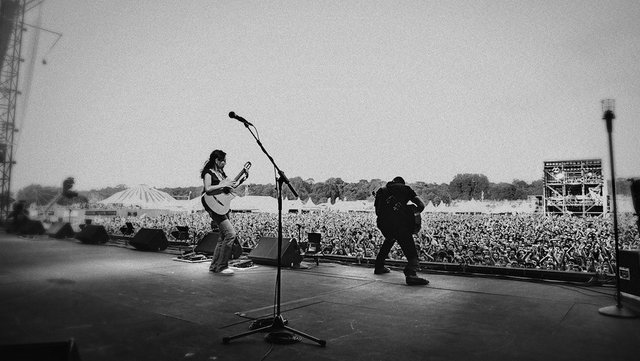 For Those About to Rock: The story of Rodrigo y Gabriela: One of eight new films added to the SXSW festival roster today (Image courtesy of Alejandro Meja)

Looks like SXSW Film is ready to swing into action: Mark Webb, director of The Amazing Spider-Man, is the final name added to the keynote speaker list, plus eight more movies and some major figures in film make the schedule.

The suitably named Webb is just wrapping up his second Marvel movie with The Amazing Spider-Man 2: Arguably, that's a long way from his directorial debut on (500) Days of Summer, as well as his long career in music videos.

There's also a new series of featured sessions highlighting major figures in modern cinema. Saturday, March 8 kicks off with a conversation with Arrested Development's Jason Bateman about his feature debut Bad Words. Then on March 10, two directors debuting their comedies at SXSW will share a stage, as Supermensch: The Legend of Shep Gordon creator Mike Myers sits down with Jon Favreau, star of opening night film Chef.

There's one more unmissable event. It's a very short list of people who worked with both Disney and Hunter S. Thompson, but the revolutionary artist Ralph Steadman has straddled both worlds, and will talk about his new bio-doc, For No Good Reason.

And if you're more excited by seeing films than talking about them, here's eight more titles for your already crowded schedule:

Yakona
D: Anlo Sepulveda & Paul Collins
World Premiere
A river's dreams and memories told from the perspective of the water that runs through it – a visual journey from prehistoric times to the modern era along what is now known as the San Marcos River.

For Those About to Rock. The story of Rodrigo y Gabriela
D: Alejandro Franco Fernández
World Premiere
The amazing and inspiring journey of Mexican guitarists 'Rodrigo y Gabriela' who at a very young age decided to do only what they loved the most: music.