Soak in the 'Blue Sunshine' 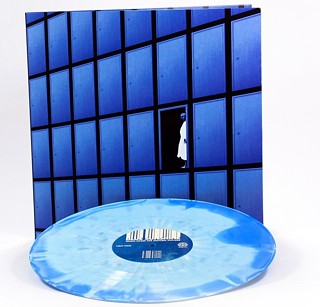 While the big Mondo news recently has been their announcement of their Disney show for SXSW, the mavens of weird visuals are staying true to their indie roots with their latest release: A poster, vinyl soundtrack and VHS release for political/drug paranoia classic Blue Sunshine, to be dealt at a special screening this month.

The movie returns to Austin screens with a special screening on Feb. 17 at the Alamo Ritz, and Mondo has a triple hit all cooked up for the show. First, the original score, written and composed by Charles Gross on 180 gram black vinyl, plus a limited edition version on blue vinyl, available at the event and strictly limited to 200 copies. For real hardcore fans, there will also be a super-limited edition VHS release of 400 copies, with randomly inserted black and blue cassettes. And, of course, it wouldn't be a Mondo event with a poster, with artwork by Mondo regular Jay Shaw. His distinctive minimalist designs have included one-sheets and prints for three Drafthouse Films releases (Wrong, Pieta and I Declare War) and this design also serves as the VHS and album cover.

Best of all, writer/director Jeff Lieberman (responsible for killer worm shocker Squirm and tragic sports documentary Sonny Liston: The Mysterious Life and Death of a Champion) will be on hand to explain what the hell was going on.