Downton Abbey: The Holy and the Broken

There, there, Anna – you'll feel better before the hour's up

You guys, I can’t even with this Anna’s rape storyline, so let’s get it out of the way up front, shall we? 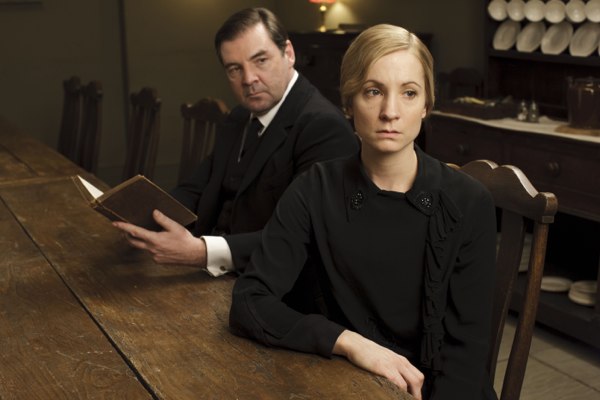 Bates wants to know what’s gone wrong between them, and Anna continues to shut him out. He overhears Mrs. Hughes telling Anna that she needs to be honest with him, so he goes to Mrs. Hughes and offers her an ultimatum: Tell me what’s up or I’m peacing out. Mrs. Hughes knows this would devastate Anna, so she spills the details, but pretends not to know the identity of Anna’s assailant. Once he finds out, he tells Anna that her secret's out. “But I’m spoiled for you now,” Anna weeps. Quite to the contrary, says Bates, “You are made higher to me and holier for the suffering you have been put through.” Oh, sweet fancy Moses, are you kidding me with this? What actor in his right mind can utter these lines without decking the dope who wrote them? Over on Salon, Daniel D’Addario argues that Downton Abbey is, at its heart, a deeply conservative show in its portrayal of “benevolent rich people caring for servants.” This particular storyline reinforces that idea for me, in that Julian Fellowes chooses to portray the servants as so noble, so pure in their suffering; the peerage would be downright monsters not to make sure these poor rubes are taken care of. Gah.

Moving on, Miss Baxter, Cora’s new lady’s maid, is ingratiating herself nicely with the family, serving Cora orange juice for breakfast and reporting that the staff speak highly of Sybil. She’s also making friends downstairs, wowing the youngsters with her newfangled sewing machine and repairing Mrs. Patmore’s torn apron in advance of a visit from Cora. She and Thomas clearly have a history, and we see that he’s using her as his ambassador of good will in the house in order to consolidate his power for an inevitable coup d’etat in which he challenges Lord Grantham to a duel, wins, declares himself Thomas the Lord of Yorkshire, banishes everyone but Branson and Baby Sybbie to Siberia, and begins a slow march of domination across the English countryside. Or something. 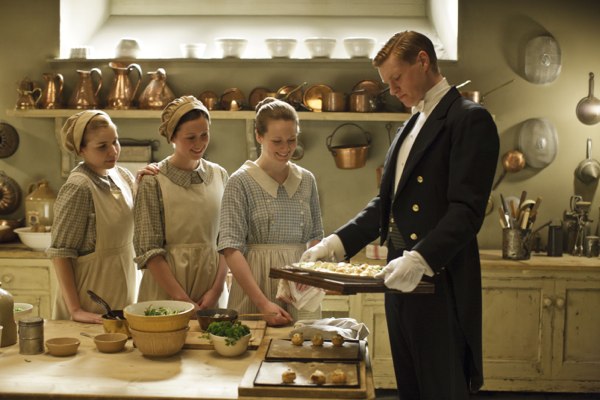 Mary is getting on with the business of running Downton with Branson and LG and receives notice that Tony “Lord” Gillingham has, as he said he would, gotten engaged to Mabel Fox, the heiress of the season. She seems unruffled, but we see when she turns away that she is stricken by the news. Mr. Evelyn Napier, whom you might remember as Mary’s suitor from the first season (he’s the one who brought the doomed Mr. Pamuk to Downton), pops by for a visit while in Yorkshire working on a government project regarding the rural, postwar economy. Mary is quite glad indeed to see him, and Crawleys invite him to stay a while so that Mary can have another melodramatic love plot.

Alfred takes his cooking test at the Ritz, much to Daisy's chagrin. While he’s away, Carson offers Poor Molesley Alfred’s job, should it come open. Poor Molesley, in a fit of hubris, gets a bit puffed up in a “don’t do me any favors, bro” kind of way. Naturally, Alfred doesn’t get in to the newly formed Escoffier school, setting the stage for an awkward encounter in which Molesley accepts a job that is no longer available. Yawn. 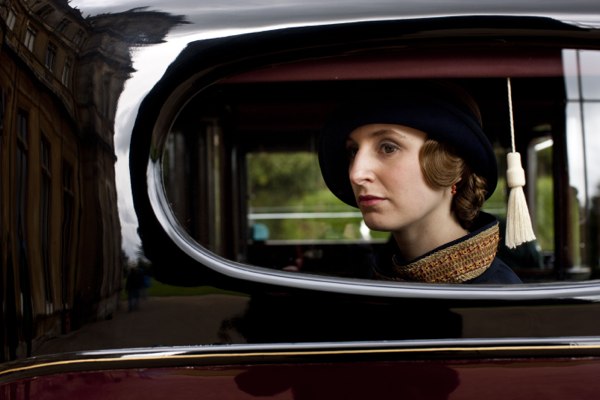 Edith goes to the doctor in London, probably to get a mole checked out. Rose will help Cora throw LG a birthday party in a few weeks. Zzzzzzzz.

I’ve lost track of the Dowager Countess Zinger Count, because every scene she had with Isobel this week was a series of parries and ripostes, meant to signify that Isobel is emerging from her own vale of shadows post-Matthew.