This week’s Downton Abbey is interested in the women, both upstairs and downstairs. There is soapy deliciousness and infuriating capitulation to tired tropes – something for everyone? 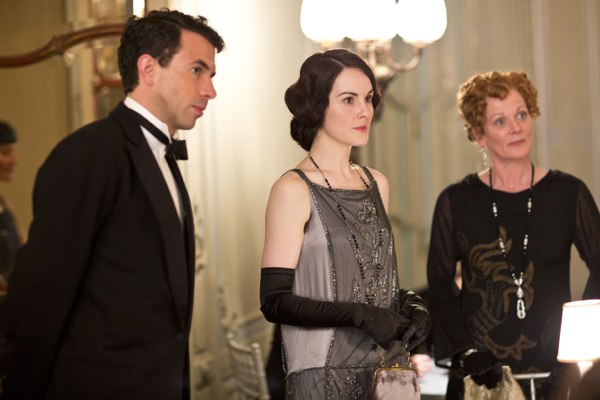 It’s the morning after the rape, and tragic Anna goes up to the big house alone, freezing out Mr. Bates at every turn. Bates, who is not a dummy, knows that something is up but can’t put his finger on it. Anna tells him she just needs space, that they’re in each other’s pockets, living and working together. To that end, Anna asks Mrs. Hughes if she can move up to the big house because she can’t even look at Bates – she thinks she’s soiled and damaged goods and probably brought her rape upon herself (ugh). Mrs. Hughes asks what will happen if Anna winds up pregnant, and Anna says she’ll kill herself (double ugh). She refuses to consider telling the police because she knows Bates will surely murder Mr. Green, and it’s better he have a broken heart than a broken neck (triple shot no-foam four pumps of give-me-a-break because way to believe in your husband, lady!).

Meanwhile, Edna wants to make sure that Branson will marry her if she winds up in the family way after getting him drunk and seducing him. I don’t understand this approach. When I was in high school, there was a girl who faked a pregnancy in order to get her guy to marry him, which he was totally willing to do until he found out there was no baby. Then he hated her forever. And that’s the moral of the story: Don’t fake pregnancies or even talk about maybe being pregnant if you want the object of your affections to reciprocate. I’m just not sure of Edna’s end game here, other than that she’s a garbage person who wants to elevate her station in life. Anyhoo, Mrs. Hughes, who is basically the hero of the dual-rape storylines, discovers Edna’s copy of Marie Stopes’ Married Love, which is an early birth-control text, in addition to a handbook for sexual pleasure within the marital context. (If you’re interested in how birth control changed the way women viewed their sexuality, you should totally read When Sex Changed.) Mrs. Hughes kicks Edna to the curb, and thank god we’re shot of this terrible, terrible character and story arc. 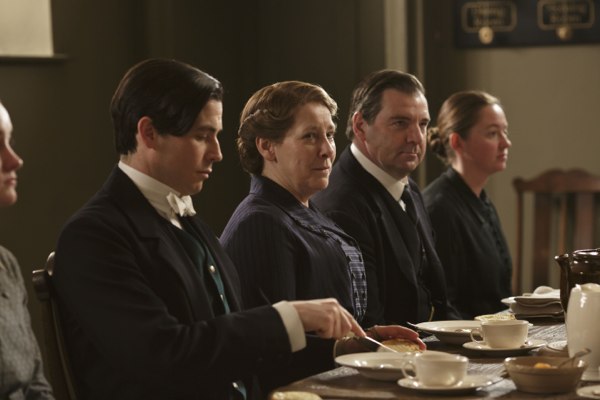 The juxtaposition of these two storylines is straight-up maddening. I think it’s interesting that Julian Fellowes chose to portray the rape of a man alongside that of a woman, but the way he’s chosen to handle it is so cheap and one-dimensional. On the one hand, you have a woman who’s a victim of sexual assault but uses what limited agency she has as a way to intensify her own suffering and to make her husband suffer as well out of some misguided attempt to protect him. On the other hand, you have a woman who perpetrates a sexual assault on a man and is totally brazen about it, using her agency in a wrongheaded attempt to elevate her social class. Because that’s what this is about – women of a certain class position who have limited access to the protective structures available to the women they loyally serve, and the difficult choices they have to make in their vulnerable positions. I thought that Fellowes explored the issue of women’s sexuality and socioeconomic class quite beautifully in the Ethel story line, but here he’s just gone for the tawdry, low-hanging fruit in the form of an angel and a viper. Like I said last week, this is straight-up laziness.

Speaking of women and sex, Aunt Rosamund is not well pleased with Edith for her 6am walk of shame. Yep, she and Gregson did the deed – after he gave her power of attorney over his estate on the eve of his departure to Germany. So, at least she’ll have a safety net should she find herself knocked up.

(Gee, I wonder which of these three women will find herself pregnant this season.) 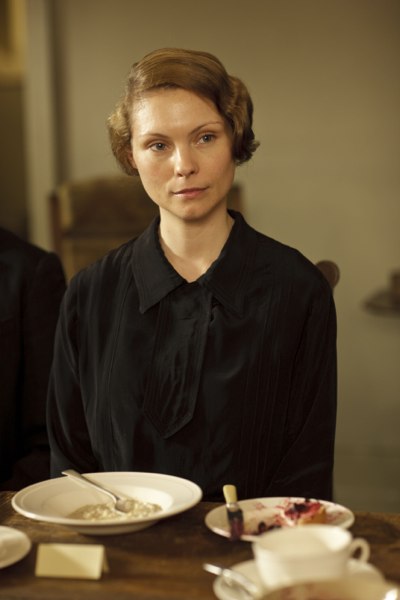 And then, the bombshell: Tony “Lord” Gillingham cuts to the chase and proposes to Mary after just a few days of being reacquainted. I suppose that back then, going out to “a night club” and dancing to “jazz” is tantamount to swearing an oath of undying love. I’ll admit: I loved this so much. It’s so outrageous and ridiculous and precisely what a soap opera should be. Anyhoo, she turns him down, explaining that she simply isn’t free of Matthew yet and doesn’t want to be. Michelle Dockery plays Mary’s shock and confusion and longing for Matthew so beautifully, I couldn’t help but fall in love with this storyline. I really hope these two crazy kids can make it work – they have really lovely chemistry.

Meanwhile, in the kitchen, Daisy makes a choice out of jealousy that pushes Alfred to pursue studying at the newly formed Escoffier school in London. Mrs. Patmore reckons it’ll be for the best because, “you can spend too long on a one-sided love.” Thomas enjoys his fly-on-the-wall activities, watching smugly as Edna goes down in flames. Apparently, he’s got a candidate in mind for Edna’s replacement. I’m sure nothing but good things will come of that. Mrs. Hughes gives Carson a frame for his picture of Alice because … well, that’s just weird. I wish these two would kiss already. 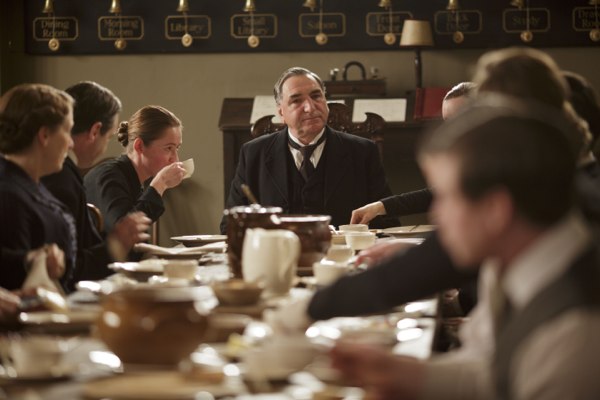 Dowager Countess Zinger Count: 10 (ish; it was a quiet week for zingers, as Violet opted more for pithiness) To Isobel, “If we only had moral thoughts, what would the poor churchmen find to do?” To LG, who is dressed somewhat down for dinner (black tie instead of white): “Why are you in your rompers?”