Grist for the rumor mill abounds this week 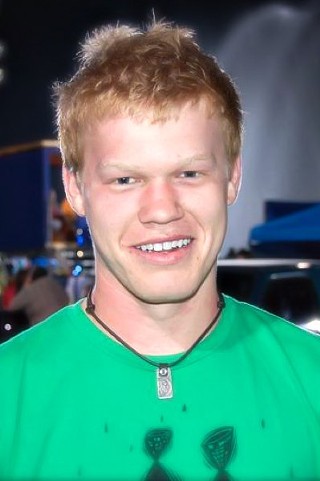 • Word came down on Thursday that Jimmy Kimmel Live would be broadcasting from Austin for five nights during March. Starting Monday, March 10, the show will make the Long Center for the Performing Arts its South by Southwest base camp, so look for the king of pranks Downtown. "I'll be the guy covered in BBQ sauce," he said in a press release.

• Though nothing is confirmed at this time, Movieweb reports that Friday Night Lights co-star Jesse Plemons has a second audition with J.J. Abrams for a spot in the forthcoming Star Wars feature. The actor has previously been in Paul Thomas Anderson's The Master, and he became well-known last year for his turn as good bad-guy (or bad good-guy) Todd in Vince Gilligan's Breaking Bad.

• Quentin Tarantino has reportedly finished a draft of his new screenplay, the Western known as The Hateful Eight. No further news yet, but look for the feature in theatres in 2016 – and plenty more news before then.

• There is a spoof of AMC's hit The Walking Dead called Walking With the Dead, and it's currently filming in San Antonio. That's not too surprising to anyone who's been near the Riverwalk at Mardi Gras; there's a certain zombie apocalypse feel to it then too.

• The New Belgium Clips Beer & Film Tour is now accepting submissions for its 2014 tour. The five-second to 10-minute films are due April 1; see complete details on submitting here.