Hulk Will Smash at Wizard World In the past couple of years, Marvel Comics has debuted some of its bigger projects in Austin at SXSW. This weekend, it's Wizard World Austin Comic Con that gets to throw down with the House of Ideas, courtesy of a sneak preview of the new animated movie Marvel’s Iron Man & Hulk: Heroes United.

The CG animation brings together two of Marvel's biggest powerhouse characters, but this special screening brings Austin audiences face-to-face with the voice of the Hulk, Fred Tatasciore.

In between ABC's Agents of S.H.I.E.L.D. and the upcoming multiple Defenders miniseries for NetFlix, there's a lot of talk these days about Marvel on the small screen, but Marvel Animation has been crushing it on cable and DVD for years. For a generation of fans of Marvel's animated adventures, Tatasciore is the definitive take on the jade Goliath: From 2009's Hulk Vs. to the ongoing Hulk and the Agents of S.M.A.S.H., even the Lego Marvel Super Heroes game, he's lent his gravely throat to the gamma irradiated wrecking ball. He's been a Marvel regular for years, having added aural expression to both X-Men heroes (Beast) and villains (Sabretooth, Magneto, Juggernaut, Shingen Yashida – pretty much everyone who has ever tried to kill Wolverine.) Beyond that, he's been a regular background voice on Regular Show and Family Guy, and expect him to field some questions about working on cancelled cult classic shows like The Secret Saturdays and Chowder.

The event re-enforces Austin's position as a big market for Marvel to make announcements. Back in 2012, the comic company launched its augmented reality partnership Aurasma here, before returning in 2013 to show off its digital Infinite Comics initiative. In previous years, they'd skipped Wizard World, but with the Austin show increasingly a model for the traveling convention's expansion into new markers, it's no surprise they're dropping by.

The screening starts at 12.30pm on Sat. Nov 23 in Room 14, with a Q&A with Tatasciore to follow. After that, he'll be at booth #106 signing autographs. For those of you that miss the event, "Marvel’s Iron Man & Hulk: Heroes United" will be available on Blu-ray, DVD and Digital HD from December 3 (more info at www.marvel.com.)

Pick up this week's issue (on stands Nov. 21) for more in Wizard World, including our exclusive interview with none other than the founder of Marvel, Stan Lee, and our picks for the weekend. 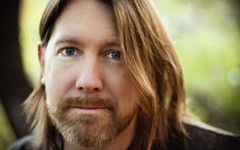 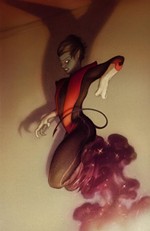