The men have strong jawlines, and the women’s tresses are gleaming, like from a fresh blowout. They zip around the globe together in their super state-of-the-art jet, outfitted with crisp leather sectionals and a laboratory that is positively Swedish in its economy and density of toys, gadgets, and weaponry. This is the most expensive-looking and well-funded TV project Joss Whedon – he of the beloved, canonical Buffy the Vampire Slayer (and to a lesser extent, Angel and Firefly) – has ever helmed. 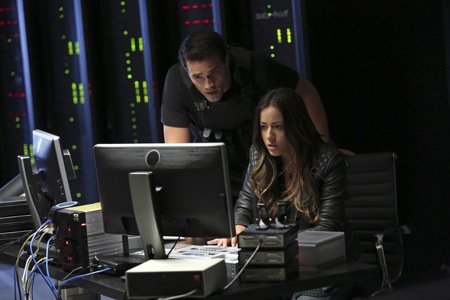 Fitting, given that it launched from the enormous Marvel brand and Marvel’s The Avengers, the literal block-busting movie that earned Whedon his mainstream bona fides. So far, Whedon’s new show is overstuffed with luxe looks and weighed down by the same portentousness that made his Avengers feel so exhausting, leaving little room for his distinctive, often incisive voice to break through.

Miraculously revived from his dramatic third act death in The Avengers, Clark Gregg reprises his role as Agent Phil Coulson, who forms a special ops team to track superpowered forces (people, objects, mythical spirits) around the globe. He enlists two squabbling Euro lab rats, Fitz (Iain De Caestecker, Scottish) and Simmons (Elizabeth Henstridge, English); stoic smoothy Ward (Brett Dalton), and pilot May (Ming-Na Wen), who guards a dark secret about her past life in combat. They’ve taken on men with super strength and who can emit flames from their hands, an assassin whose eyes have been hijacked by terrorists in the guise of human drone warfare, and alien contagions whose killer symptom is high-voltage energy discharging through hosts’ skulls. They feel appropriately cribbed from the issues of comic books, with a cool factor that pops like a cartoon “BOOM!” speech bubble. 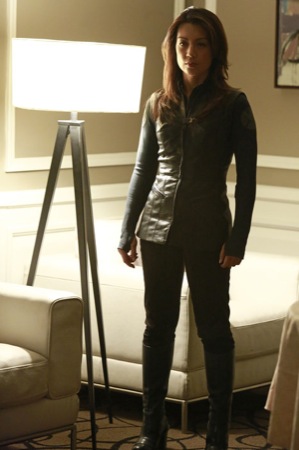 In the pilot, Coulson recruits Skye (Chloe Bennet), a whiz hacker who is part of the Rising Tide – a hazily sketched amalgamation of Anonymous’ agitprop and Occupy’s amorphous goals – to join their ranks and act as the audience surrogate. Skye is a beautiful bore of a central character, despite whatever “conflicted” feelings the show tries throwing her way: It was never really question of whether she would give up her activist ways to go whole-hog on the S.H.I.E.L.D. (in this iteration, that's "Strategic Homeland Intervention, Enforcement and Logistics Division") mission. Which is disappointing given how mightily Whedon has swung for his female characters in the past. Bennet is perfectly competent, if unremarkable in her role, and she can certainly be funny – funnier if the Whedon brand of wit ever elevates itself beyond its currently muddled auspices.

The ensemble is in a holding pattern of sorts; they don’t feel tight-knit so much as they feel locked up together. But that’s mostly a result of the show trying to force their camaraderie into an easiness it hasn’t earned. Of course they aren’t all best friends! They just met. Behaving otherwise feels phony. Last week’s episode hinted at how the cast is going gel: by letting musclehead Ward loosen up and Fitz and Simmons be the peeved straight men. Skye comes in with a snappy rejoinder. May broods in the corner. (Every Whedon show has a brooder. Ming-Na Wen is aces at it.) Oddly, I think Gregg is the show’s weak link: He’s affable, and for years he cut through any scene with tart, deadpan delivery as Julia Louis-Dreyfus’ ex-husband Richard in CBS’ underrated New Adventures of Old Christine. But here, tasked to play the clever elder agent, he comes across as lacking the necessary gravitas. 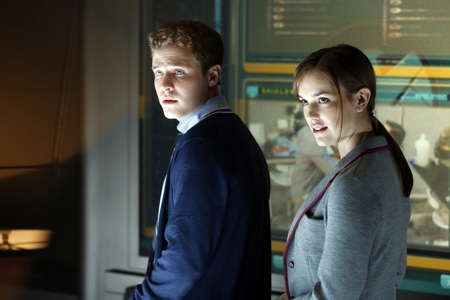 Iain De Caestecker and Elizabeth Henstridge as Fitz and Simmons

The show features plenty of allusions and callbacks to the events that took place in recent crop of Marvel films (The Avengers, Captain America: The First Avenger, the Iron Man series, Thor), but S.H.I.E.L.D. mostly operates from a simpler, broader premise: What kind of implications would widespread knowledge of superheroes and alien technology have on our everyday world? So far, that premise has yielded snoozy, special-effects-laden excursions and fisticuffs. But at least Whedon knows how to stage fight scenes: They’re tightly constructed and often visually playful. One episode had the team trying to apprehend a rogue physicist who had altered gravity and had Coulson standing upside-down on the ceiling.

And structurally, it’s pure Whedon, if not as cleanly laid out as his “big bad” per season in Buffy: a major, season-long arc threaded along with close-ended, almost procedural episodes. An as-yet-unseen villain is trying to synthesize a drug that would give normal humans superhuman abilities by experimenting on unknowing test subjects. But right now, S.H.I.E.L.D. is unlovable. It’s not a matter of the show finding its voice (that’s the problem facing the numbingly dull The Blacklist), but rather Whedon finding a way to have it be heard in a world cast in relative realism. By comparison, it was easier in Buffy to tell the stories of our teenage demons when they were literal monsters. 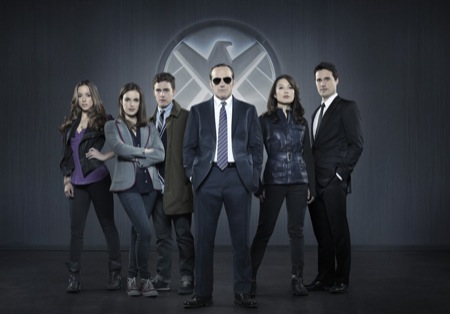 Here, the metaphor is incarnated, put in tights and robotic suits, and broadcast on live television as they lay waste to entire cities. Can you imagine if everyone in the world had known that Buffy Summers was a vampire slayer? The storytelling becomes immensely more difficult to keep small and personal. It’s like Thor took a hammer to your narrative playbook. But I’m holding out for Whedon to work out how to operate under this new psychology, because we’ve caught glimpses of him playing with some raw, heady ideas: What is the moral imperative of an organization like S.H.I.E.L.D.? Is it providing a public, if not moral, service of containing superpowers? And how transparent should its behavior be? Whedon’s nipping at the privacy-vs.-safety axis, and I’m curious to see if he’s able to find a way to say something bigger, something that yells louder than the explosions made by the superheroes.