Kickstart Your Weekend With Pinhole Photography 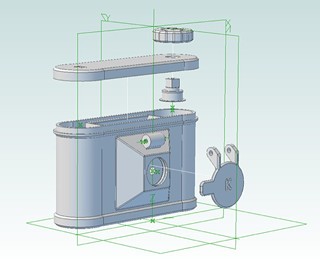 But Austin-based Clint O'Connor has a better way of combining one of our favorite century-old pastimes – photography – with the latest and greatest technology. Instead of turning to Instagram for your artfully blurred still lifes and landscapes, why not pinhole photography?

O'Connor – a deaf man – has always had a particular fondness for photography, and now he's developed plans for a 3-D printed pinhole camera to get the simple analog devices into the hands of people of all ages.

He started a Kickstarter campaign to raise money to finalize the designs, and he's already blown his $1,200 goal out of the water (and he did it in a mere 13 hours). With $13,043 pledged and a little over a week to go, the project is obviously getting funded, and all the stretch goals have been met, but there's still a good reason to get involved: He offers both the kits to build one (keep an eye on the availability!) or the files to print it yourself; backers who like to look but not shoot can get prints of some of his work.

Check out the pitch video below, or just head straight to the campaign here.