From the Vaults: I'll Be Your Mirror

Grab the remote: 'Lou Reed: Rock and Roll Heart' is on PBS in an hour 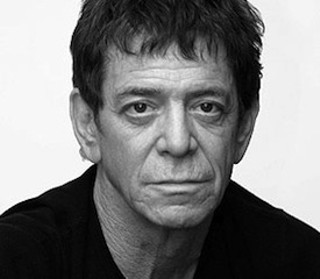 Sorry for the late notice but we just noticed that PBS has interrupted its normal scheduling to re-air the fine American Masters documentary from 1998, Lou Reed: Rock and Roll Heart. We figured this gives us cause to rerun our review of the film from the 1998 South by Southwest Film Festival. It's on in less than an hour on KLRU, y'all.

Portrait photographer Timothy Greenfield-Sanders turns to film portraiture in this documentary study of Lou Reed – musician, poet, iconoclast. Though the viewpoint is reverential, it's hard to deny the subject's worthiness. Working chronologically, the film follows Reed's career from his association during his college years with Delmore Schwartz; to his formation of the Velvet Underground with musicians John Cale, Sterling Morrison, and Maureen Tucker and the band's "sponsorship" by Andy Warhol; to his solo career that's gone through several permutations since its start in the early Seventies; to his recent artistic leaps into poetry readings and a theatrical collaboration with Robert Wilson. Along the way, approximately 30 interviewees provide commentary and insight into Reed's life, times, and lasting influence. Among those interviewed are VU bandmates Cale and Tucker; Warhol scenesters Mary Woronov, Holly Woodlawn, Joe Dallesandro, Billy Name, and Gerard Malanga; music critics John Rockwell, David Fricke, and Lisa Robinson; collaborators David Bowie and Bob Ezrin; inspired fans Jim Carroll, Thurston Moore, Suzanne Vega, Patti Smith, and Czech Republic president Vaclav Havel; and many, many more. Shot on video and transferred to 16mm, the images sometimes seem as though they're not being presented in their optimum format. And though the documentary alludes to Reed's legendary asshole-ism, his past history of substance abuse, and his bisexuality, these are all given scant attention as characteristics that might be essential to a deeper understanding of the artist. In the end, Greenfield-Sanders' film shines like the refrain of an old VU song: "I'll Be Your Mirror." – Marjorie Baumgarten

Reprinted from the Chronicle's coverage of South by Southwest 1998 (with grammatical improvements).